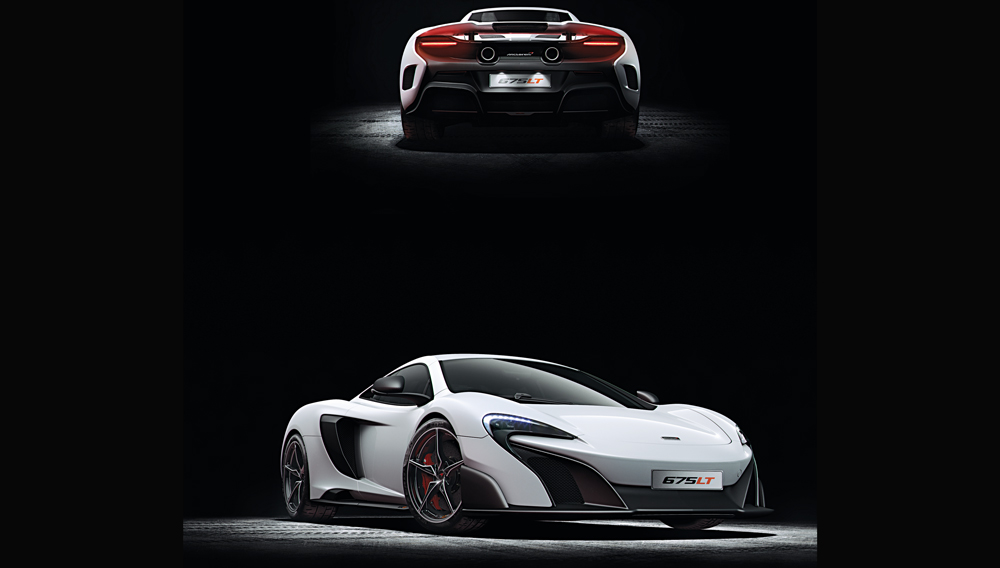 The LT in the name of the new McLaren 675LT (mclaren.com) stands for “Longtail,” a nod to the company’s F1 GTR Longtail racecar model that placed first and second in its class at the 1997 24 Hours of Le Mans. The car was known as the Longtail because, compared to its predecessor, the F1 GTR, it had an extended rear section with a wider spoiler. (It also weighed less.) The 675LT’s tail is not any longer than that of the 650S, its Super Series sibling, but its spoiler is 50 percent wider, and the car is 220 pounds lighter. The design changes contribute to the 675LT’s superior stability (40 percent more downforce than the 650S) and extraordinary speed (zero to 62 mph in 2.9 seconds). The 675LT has a starting price of about $350,000. Deliveries in the United States are expected to begin this summer.