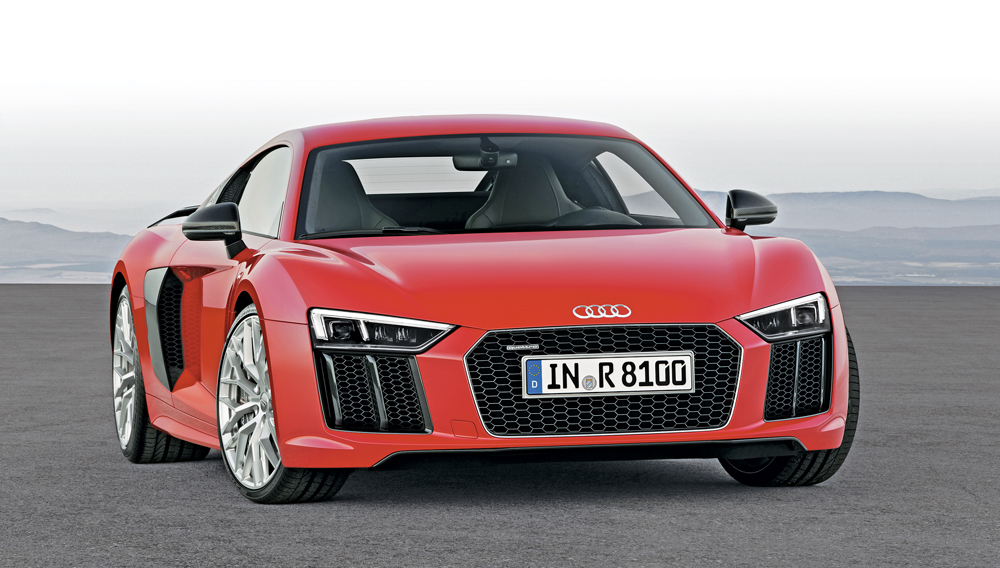 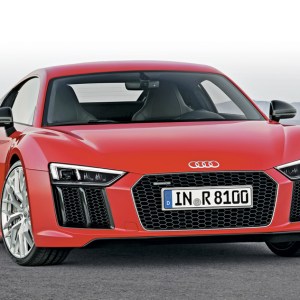 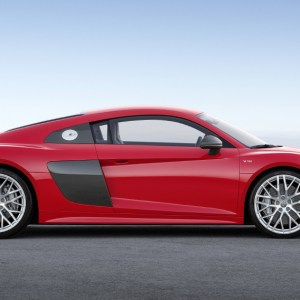 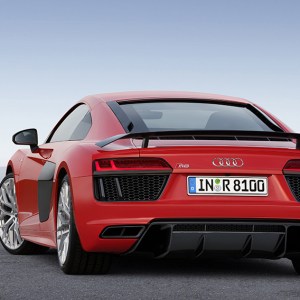 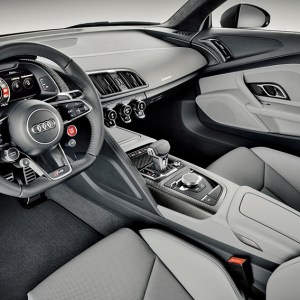 A perennial favorite with Robb Report Car of the Year judges, the Audi R8 (audiusa.com) first arrived in the United States in 2008. It received a face-lift for the 2012 model year, but the 2016 model is a true second-generation design. It features a new engine, a new Quattro drive, and a revamped body that remains similar to the original, showing how well the design has aged. Produced by Audi’s Quattro division, the new R8 is powered by a mid-mounted, naturally aspirated V-10 engine, which is paired with the company’s excellent dual-clutch 7-speed S-tronic automatic transmission. The top-of-the-line variant is the R8 V10 Plus, and it is the fastest and most powerful Audi production car ever. The engine delivers 610 hp, enabling a top speed in excess of 205 mph and a zero-to-62-mph time of 3.2 seconds. Audi will offer only a coupe version of the R8 for 2016, but a roadster and an electric version are slated for the future. The coupe is expected to arrive in the United States in early 2016. Audi has not yet announced pricing.