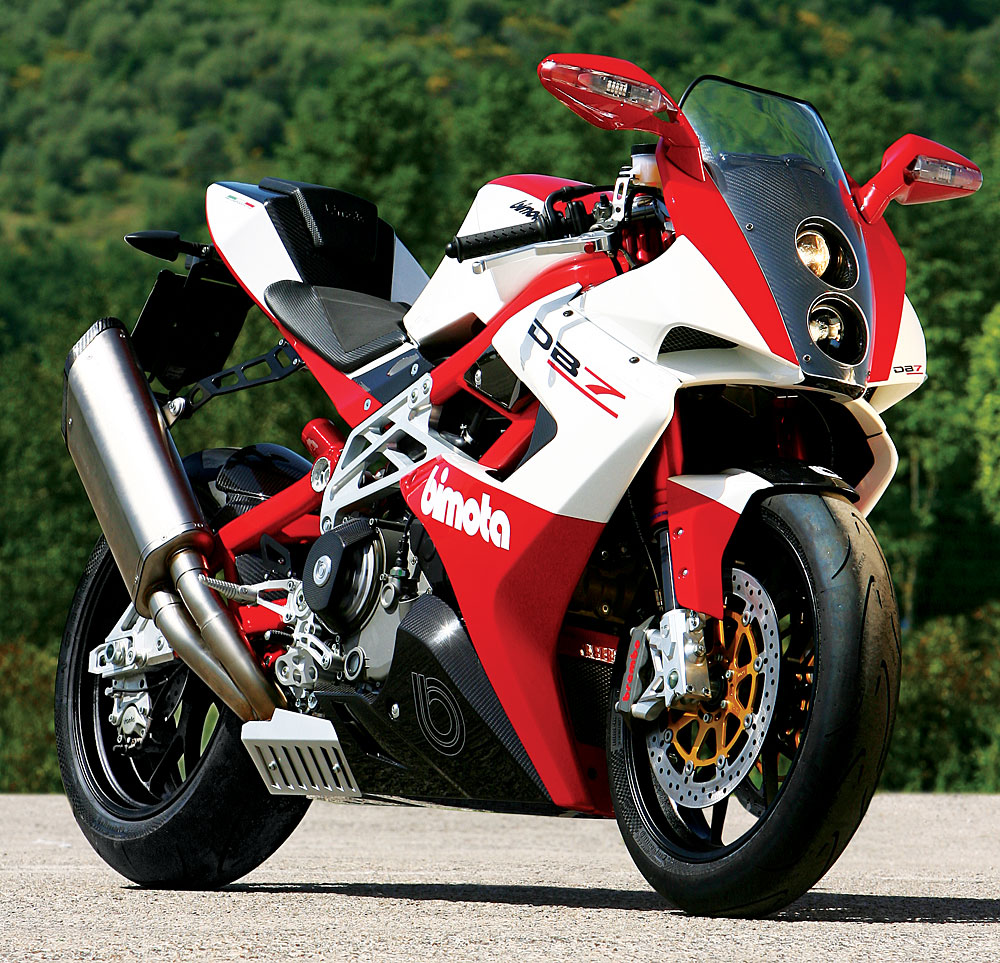 Bimota has built motorcycles—one at a time, by hand—at its factory near Rimini, on Italy’s Adriatic coast, for much of the last 35 years. The one significant break in production occurred at the start of this decade, when the recall of an engine sent the company into bankruptcy and forced it to shut its factory for three years. Bimota reopened in 2003 and the following year released the stunning DB5. Now the company is set to introduce the $39,995 Bimota DB7 (www?.bimotausa.com), which might be its most beautiful bike yet.

The DB7’s oval-tube frame wraps tightly around a Ducati 1098 motor that has been tuned for a 30 percent torque increase over the standard engine. On a test-drive around the Misano World Circuit in Italy, the compact and light DB7 proved to be stable yet quick-turning. Only a select few people will experience the thrill of riding the bike, as Bimota plans to build just 300 examples of the DB7 per year.