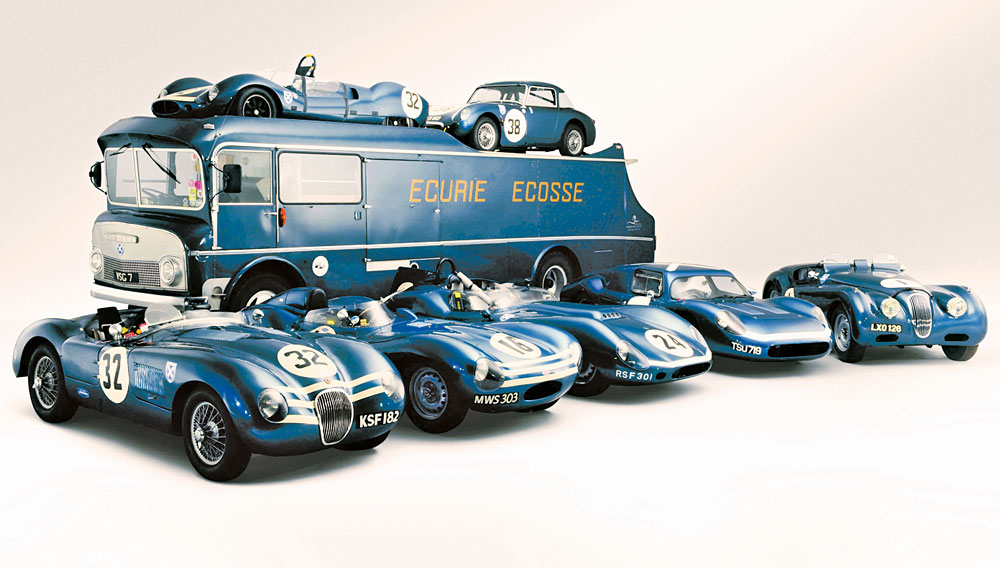 Bonhams will host a sale of Ecurie Ecosse vintage racecars (www.bonhams.com) on December 1 in London. The auction will feature seven competition cars from the 1950s and early 1960s and a transporter for the private racing team, which the Scottish businessman and racer David Murray founded in 1951. (Ecurie Ecosse is French for “Stable Scotland.”) All of the cars bear the team’s blue racing color. Ecurie Ecosse competed for 21 years before disbanding in 1972. (It reformed under new ownership in 1983 and continues to compete.) At its peak in 1956 and 1957, the team achieved consecutive victories at Le Mans.