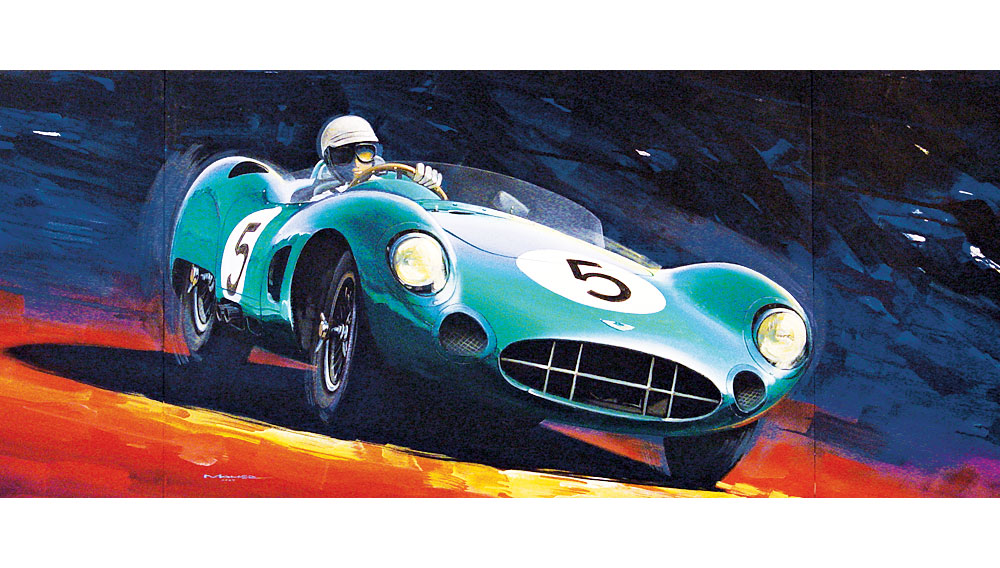 Also observing Aston Martin’s centennial is the Pebble Beach Concours d’Elegance (www.pebblebeachconcours.net), which will include the carmaker as one of this year’s featured marques and display Aston Martins that have competed in the 24 Hours of Le Mans. (This year marks the race’s 90th anniversary.) In addition, the concours’s annual Automotive Fine Arts Society Premiere Exhibition (www.autoartgallery.com) will showcase at least a dozen Aston Martin–themed works. Among them will be the Charles Maher painting shown here, which depicts Carroll Shelby driving the car that inspired the CC100 Speedster Concept, the DBR1. The art exhibit will take place August 18, the same day as the concours, on the 18th fairway at Pebble Beach.