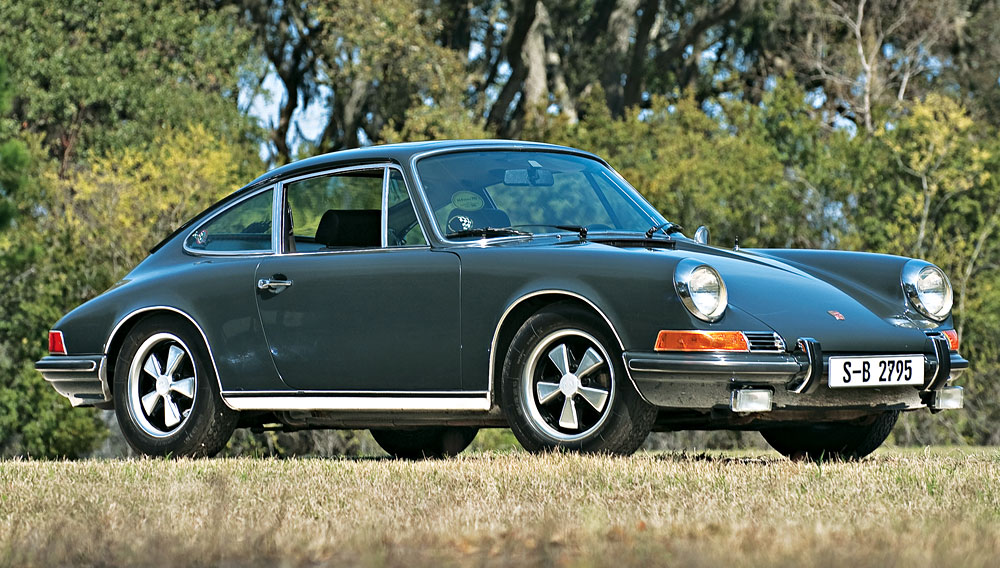 Porsche enthusiasts might argue that the relationship between Steve McQueen and the 1970 911S that he drove during the opening sequence of Le Mans was mutually beneficial: While the McQueen connection enhanced the Porsche’s provenance, owning and sharing the screen with such a car also bolstered the actor’s King of Cool persona.

Either on its merits as an all-original-parts classic or because of its fame, the 911S is expected to draw great interest when it comes up for bid during RM Auctions’ annual Monterey sale (www.rmauctions.com). The auction takes place August 19 and 20, during Pebble Beach’s car week, in Monte­rey, Calif.

When Le Mans shooting concluded, McQueen had the car shipped to his home in Los Angeles, adding it to an impressive collection that already included a 1969 911S. The Porsche has had three owners since McQueen sold it a couple of years later.