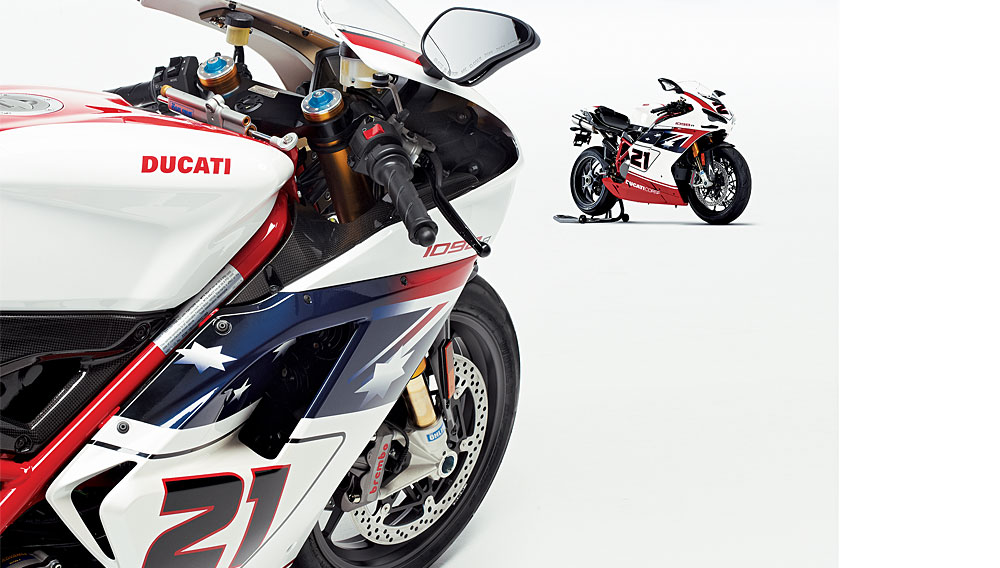 Last year, Troy Bayliss rode a Ducati 1098 R to his third World Superbike Championship—and then retired. To commemorate the Australian racer and his illustrious career, Ducati has introduced the street-legal Ducati 1098 R Bayliss Limited Edition (www.ducati.com). The bike will be rare—Ducati plans to build 500 and ship only 150 to North America—but it will be easy to spot: Its bold color scheme features the blue, white, and red of the Aussie flag and Bayliss’ number 21, just as his Ducati did during his final race at Portimão in Portugal.

Like the standard Ducati 1098 R, the $33,995 Bayliss is powered by a twin-cylinder engine capable of producing 180 hp. The bike comes with a titanium exhaust system and, as an accessory, a track-only system that generates more horsepower (to 188 hp) and a 102-decibel snort. Also included are chassis and suspension components that are stronger and lighter than those of the 999 R and the 1098 S, plus Ducati Traction Control, which has eight wheel-spin settings to enable riders of varying skill levels to pilot the bike.