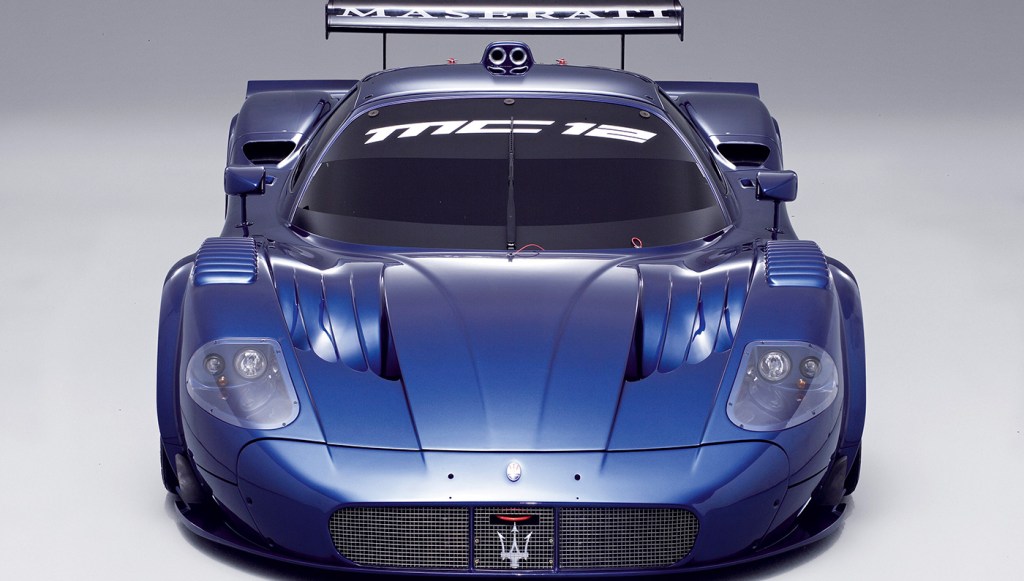 Ferrari’s inimitable Enzo, the Italian exotic of which only 399 versions exist, has been trumped—by a member of its own family, no less. Maserati, purchased by Ferrari in 1997, will build only 50 street-legal models of the MC12 (Maserati Competizione 12-cylinder), the supercar that will compete in the FIA GT series.

To gain eligibility for the circuit, Maserati, like all competing manufacturers, must build at least 25 road-going versions of the racer. The blue-and-white MC12 is a tick less powerful than the Enzo but can claim an edge in exclusivity over its cousin. The Maserati’s 6-liter, 624 hp engine gives the car a top speed of 205 mph and produces 481 ft lbs of torque at 5,500 rpm to power the rear-wheel-drive vehicle from zero to 62 mph in 3.8 seconds. Inside, leather, titanium, carbon fiber, and aluminum surround the driver. The car, which will be available for purchase later this year, is expected to carry a price tag of more than $800,000.