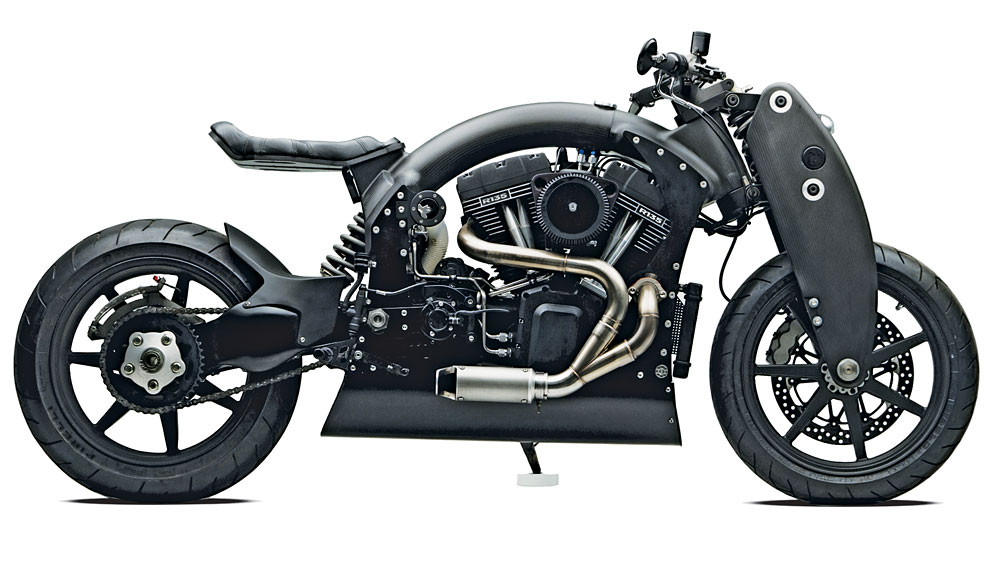 The follow-up to the B120 Wraith, the 2013 Confederate R135 Wraith Combat (www.confederate.com) is the latest futuristic design built in carbon fiber from the Birmingham, Ala.–based motorcycle manufacturer. Like the first bike in the Wraith series, the B91 from 2006, the R135 features a tubular gas tank, an oversize front girder-style suspension system, and a frame and wheels made of carbon fiber. The bike’s new dohc 4-stroke V-twin displaces 2,122 cc (721 cc more than the B91’s engine does) and produces 162 hp and 150 ft lbs of torque. Confederate plans to build only seven examples of the new Wraith. The starting price is $135,000.