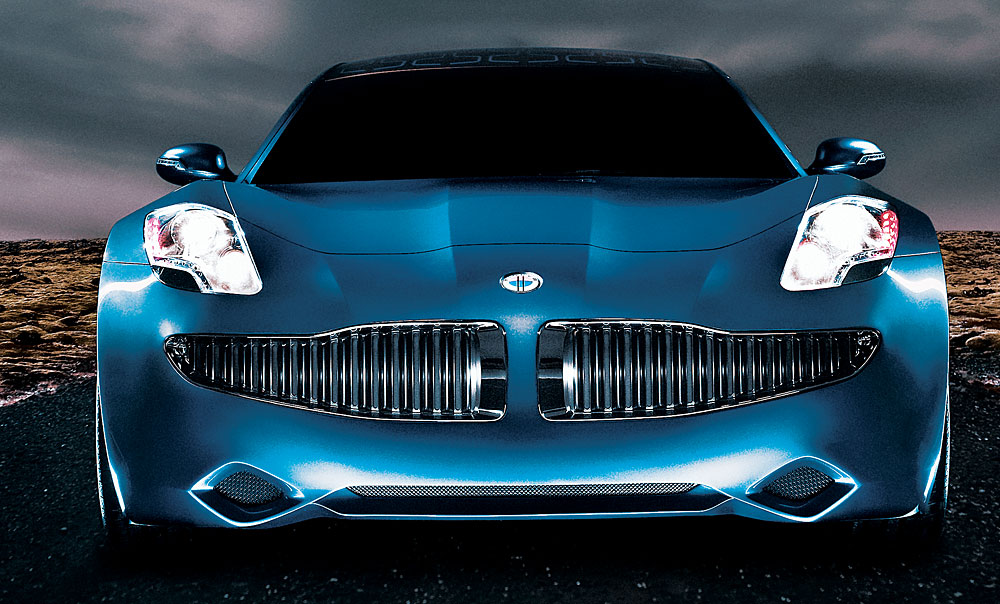 If all goes as planned, the Fisker Karma (www.fiskerautomotive.com) will cover 100 miles on a gallon of gas or diesel fuel and 620 miles on a single tank, partly by traveling the first 50 miles on power generated by lithium batteries. The plug-in, hybrid premium sport sedan was designed by Henrik Fisker, who conceived the Aston Martin DB9 and V8 Vantage and the BMW Z8 and founded Fisker Coachbuild, in Irvine, Calif., which builds the Tramanto and Latigo CS. The Karma will be produced by Fisker Automotive, a collaboration between Fisker Coachbuild and Quantum Technologies, an Irvine neighbor that will supply the power train and chassis. The first 99 Karmas, called Signature Editions, each will come with a plaque bearing the car’s chassis number and Henrik Fisker’s autograph. The Signature Edition models will cost $100,000 each, subsequent cars about $80,000. Fisker expects to begin deliveries in late 2009. It appears that Frank M. Rinderknecht, CEO of the Swiss aftermarket auto company Rinspeed, will outdo himself at the Geneva Motor Show this March. Rinderknecht regularly uses the show to unveil a prototype of an astounding new concept car. Last year he displayed the transparent, plastic-bodied eXasis, and in 2004 he debuted an aquatic car, the Rinspeed Splash. Now he has created the Rinspeed sQuba (www.rinspeed.com), an electric car that can dive as deep as 33 feet underwater. Two propellers in back and two jet drives in front power the sQuba when it is in or under the waves.