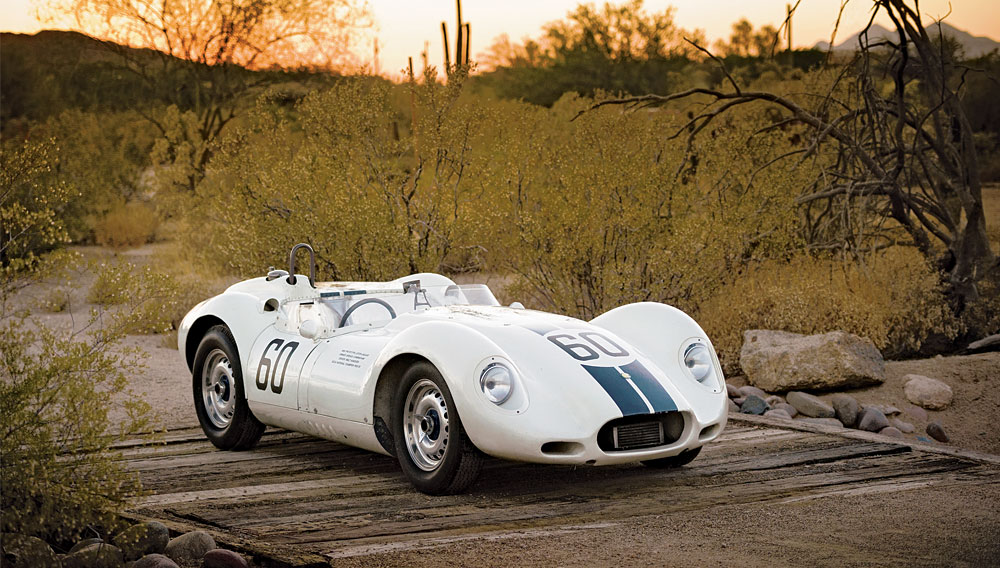 The racecar model that dominated the British circuits during its debut season in 1957 is making a comeback of sorts. The new Lister Jaguar Knobbly (www.listercars.com) is an exacting continuation of the original model, so called because of its rounded fenders and protruding hood. Designed and built in Cambridge, England, by the then-27-year-old Brian Lister and driven by Archie Scott Brown, who would be killed in a fiery crash the following year, the Knobbly model won 11 of the 14 races it entered in 1957. Last August, during the RM Auctions Monterey sale, the Knobbly prototype (shown here) sold for just under $2 million. The new Knobbly, powered by a Jaguar D-Type 3.8-liter V-6 or a Chevrolet Corvette 4.6-liter V-8, as the originals were, has a starting price of about $416,000. Using the original blueprints and jigs, and with help from some of the team who built the original cars, Lister Motor Company—which was established in 2012 and operates out of a new facility in Cambridge—plans to produce six cars a year, each ready to race.