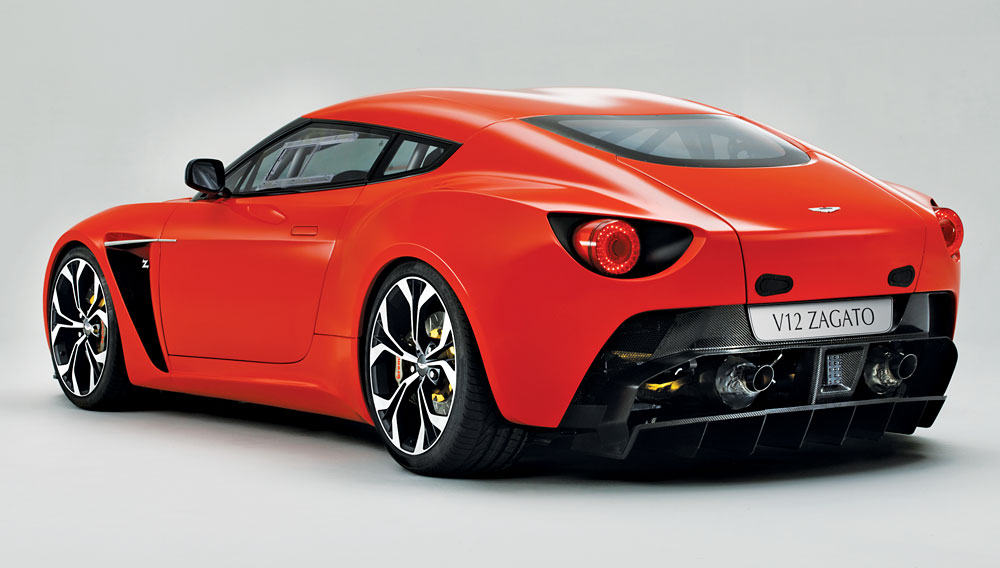 At its unveiling last spring commemorating the 50th anniversary of the DB4GT Zagato’s debut, the Aston Martin V12 Zagato (www.astonmartin.com) represented a nod to history and a glimpse into the future. Aston Martin plans to begin building the V12 Zagato this summer. The car’s price is expected to be about $525,000, and production will be limited to no more than 150 examples. Aluminum and carbon-fiber panels designed by Aston Martin and Zagato, the 93-year-old Italian coachbuilder, surround Aston Martin’s proven 6-liter V-12. The engine is mated to a rear-mounted 6-speed manual transmission in a layout similar to that of the V12 Vantage. The double-bubble roof and egg-crate grille are Zagato elements that evoke Aston Martin’s DB7 coupe and roadster—Zagato projects from the last decade.