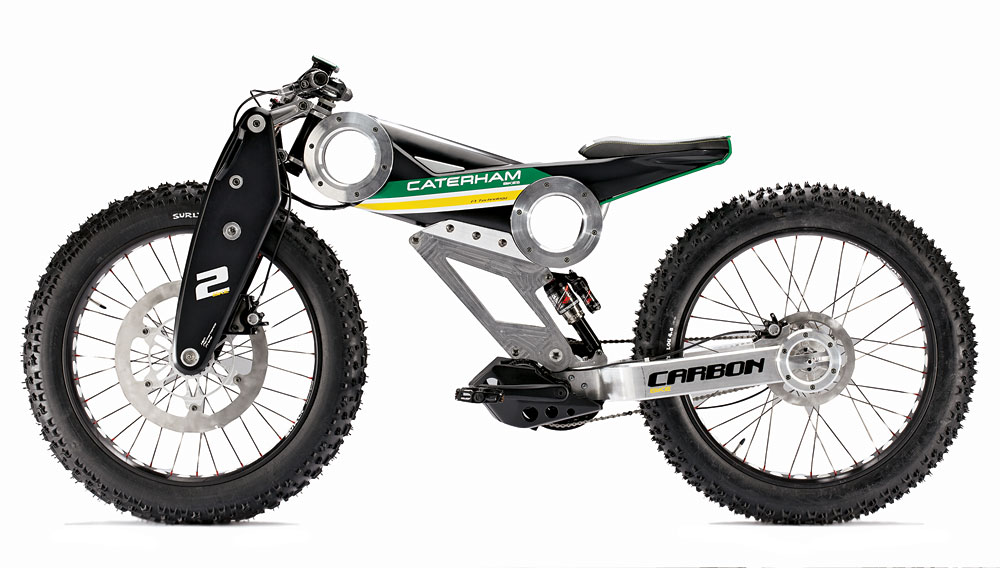 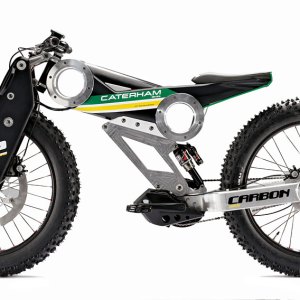 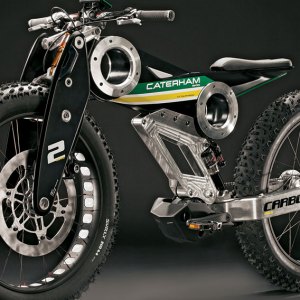 A British company known for its lightweight sports car and its Formula 1 racers has launched a division for electric bicycles and motorcycles. The first releases include the Caterham Bikes Carbon E-Bike (www.caterhambikes.com), a brawny carbon-fiber-and-aluminum electric bicycle that looks like a motocross dirt bike. The Carbon E-Bike, which is priced at about $8,000, features a 36-volt lithium-battery-powered motor to assist with pedaling, eight gears, and a handlebar-mounted LED screen that displays speed, distance traveled, and battery status.

Caterham Bikes, a new division of the company that builds the Caterham Seven sports car and operates the Caterham F1 racing team, expects to begin delivering the Carbon E-Bike near the end of this year.