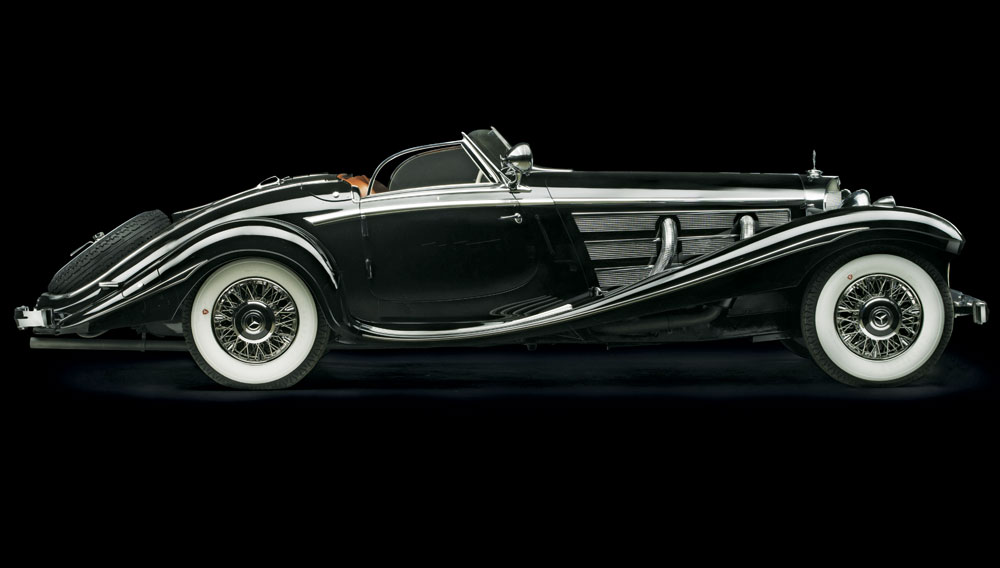 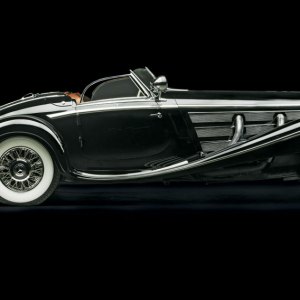 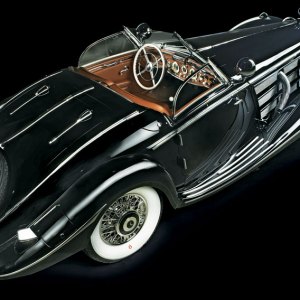 When a 1937 Mercedes-Benz 540 K Special Roadster sold for $9.68 million through RM Auctions during last year’s Pebble Beach car week, it became the most expensive Mercedes-Benz ever sold at auction. That record could fall at this year’s car week, when Gooding & Company’s Pebble Beach Auctions (www.goodingco.com) presents another 540 K Special Roadster, a stunning 1936 model with a compelling provenance. The event takes place August 18 and 19 at the Pebble Beach Equestrian Center.

The Roadster, one of only 25 built, originally belonged to Baroness Gisela von Krieger, a socialite who fled Germany in the car at the onset of World War II. The baroness eventually came to the United States, bringing the Roadster with her on the Queen Mary. Before moving back to Europe in the early 1960s, she summered in Greenwich, Conn., where the Roadster—supposedly with her lipstick-stained cigarette butts in the ashtray and satin gloves in the glove compartment—remained in storage until her death, in 1989.