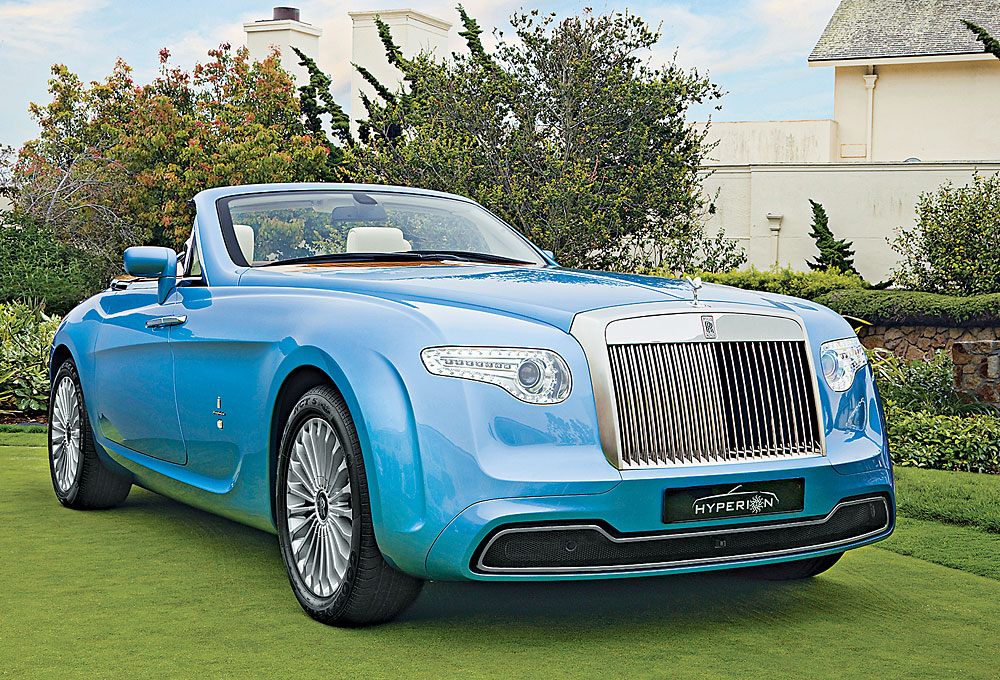 The Hyperion by Pininfarina (www.pininfarina?.com), a one-off ragtop commissioned by Rolls-Royce collector Roland Hall, began as a Phantom Drophead Coupé but now bears more of a resemblance to a 1930s roadster. Pininfarina’s Special Projects Division removed the car’s rear seats and pushed the driving position 16 inches back into the cabin. It also extended the hood to accommodate two wood-covered compartments for Hall’s hunting rifles. Alas, the car, named for a Titan in Greek mythology, serves as a kind of epitaph for Andrea Pininfarina, the Italian design house’s CEO and a grandson of Pininfarina founder Battista “Pinin” Farina. In August, a week before he was going to unveil the Hyperion at the 58th annual Pebble Beach Concours d’Elegance, Pininfarina was killed in a motoring accident in Cambiano, Italy.