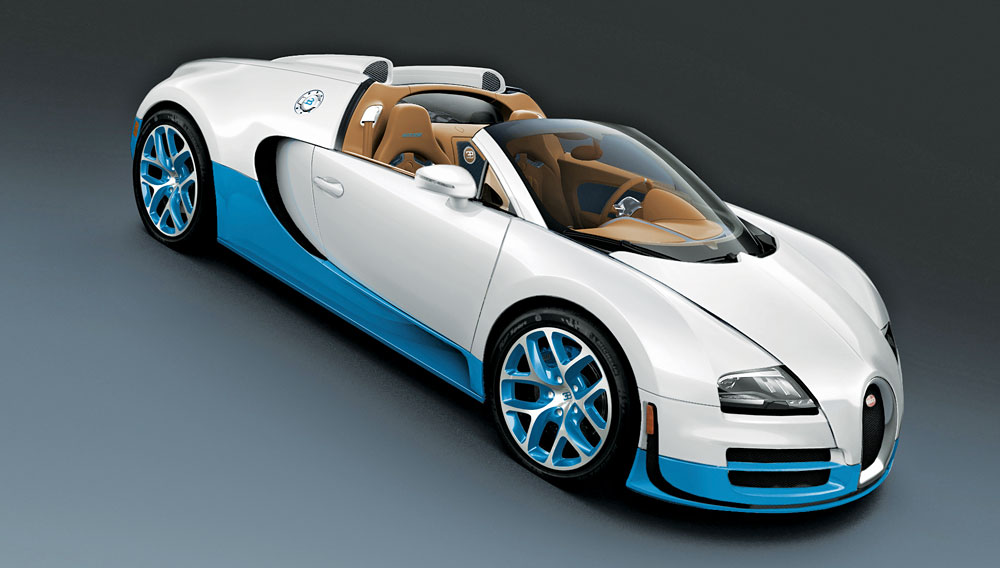 With a top speed of 255 mph, the 2013 Bugatti Veyron 16.4 Grand Sport Vitesse (www.bugatti.com) earns the title of the world’s fastest roadster. Consider it Bugatti’s gift to drivers seeking a convertible that can keep up with the marque’s top coupe, the 1,200 hp Super Sport. The $2.5 million Vitesse is powered by a 16-cylinder engine that displaces 7.9 liters and, aided by four turbochargers, also produces 1,200 hp at 6,400 rpm. That is 199 hp more than the original Grand Sport’s engine generates, and enough power to launch the Vitesse from zero to 60 mph in less than 2.6 seconds. The color scheme of the customized cream-and-light-blue Vitesse shown here, which debuted at Monterey Car Week in August and sold for $2.5 million, is based on the 1928 Bugatti Type 37A that won multiple Grand Prix races and now belongs to Jay Leno.