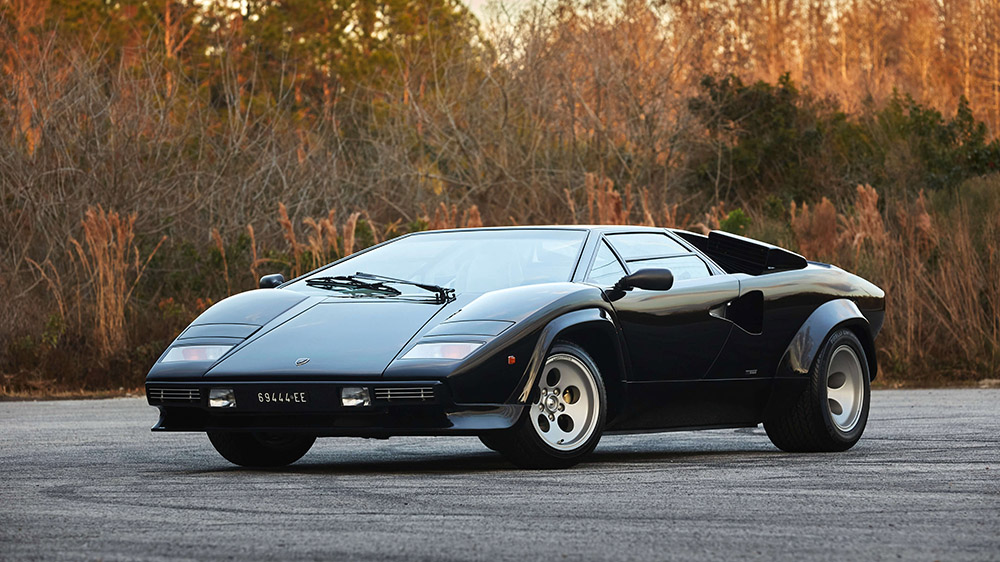 For the purists unimpressed by Lamborghini’s attempt to bring the Countach into the 21st century as a hybrid, here’s your shot at landing one of the originals.

Earlier this week, Sackey & Co. put [via Dupont Registry] a gorgeous 1981 Countach LP400S up for auction. The auction house is calling it one of the finest restored examples of the coveted supercar, and it’s hard to argue—it looks like it was ripped from a poster.

Dressed in its original livery—Nero Tenebre over Bianco Latte—this LP400S, chassis no. 1121374, went through a complete cosmetic and mechanical makeover to restore it to its original factory configuration in 2018. The restoration cost in excess of $400,000 and was completed by Lambo specialists Dugan Enterprise in California.

In an attempt to really turn back the clock, the restoration included a full rebuild of the car’s original 3.9-liter V-12 engine. Back in its heyday, that mill could pack a serious punch, delivering a maximum of 375 hp and 302 ft lbs of torque. Its five-speed manual gearbox was also overhauled, and its wheels come wrapped in a set of period-style Pirelli Cinturato P7 tires, a staple look of the original vehicle. With those kinds of details, you’d be forgiven for checking that it is, in fact, 2022.

The LP400S was the first Countach variant to feature fender flares and is very rare. Only 237 units were produced over the four years it was in production between 1978 and 1981. It was flown directly to Los Angeles International Airport for an unnamed VIP client upon completion. It’s remained in the United States since, having most recently been sold in 2018. The car has 32,641 miles on the odometer, but only 100 of those have been added since its restoration.

If you play your cards right, you could be this Lambo’s fifth owner. Sackey & Co.’s auction kicked off on Wednesday and runs until March 2. Bidding started at $600,000, but considering how much a similar fully restored LP4000S fetched recently, we expect the winning bid to be closer to $1 million.