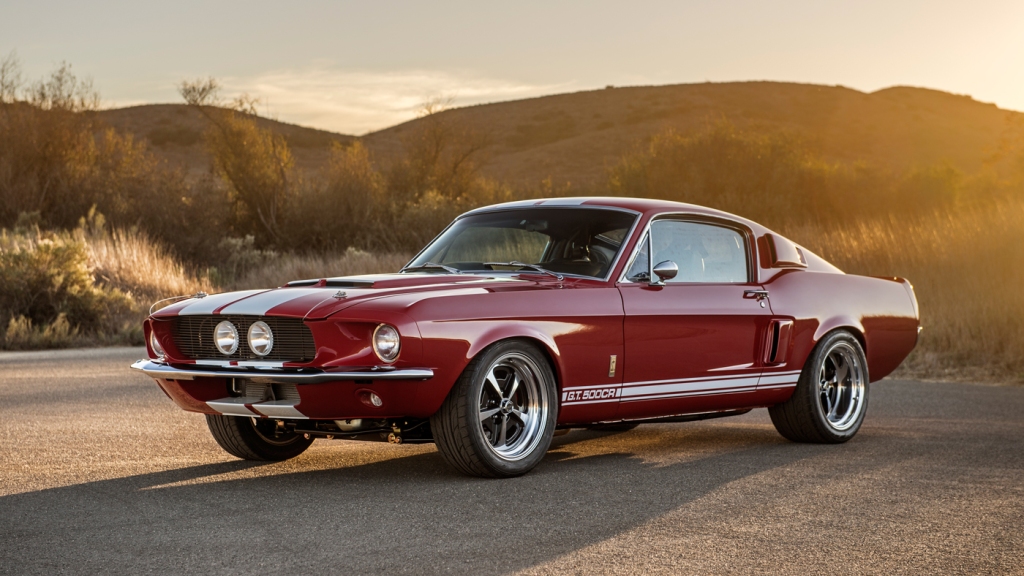 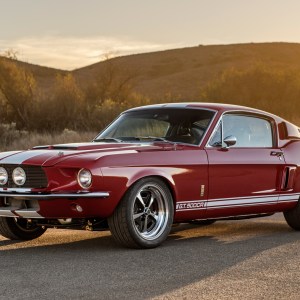 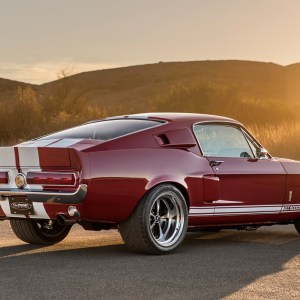 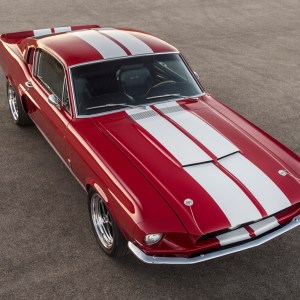 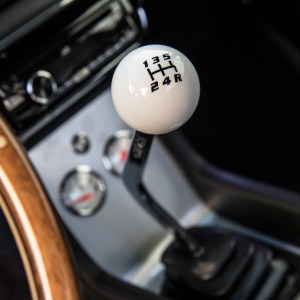 I’ve always been asked, ‘What is my favorite car?’ and I’ve always said ‘The next one.’ —Carroll Shelby

The iconic automotive innovator Carroll Shelby may have passed, but his impact on the industry lives on and continues to inspire countless mechanical creatives. A case in point is Jason Engel, founder of Oklahoma-based Classic Recreations and his latest four-wheel fury, the G.T. 500CR Classic Shelby Mustang—a contemporary tribute built from original Ford Mustang fastbacks from 1965 through ’68. And authenticity is assured, as each finished example’s serial number is entered in the official Shelby registry.

“The G.T. 500 is an elusive, highly collectible car that not many people have,” says Engel. “One of my greatest challenges was making a classic-looking muscle car—maintaining the great iconic lines of the original—while integrating modern suspension, wheels, and amenities.” 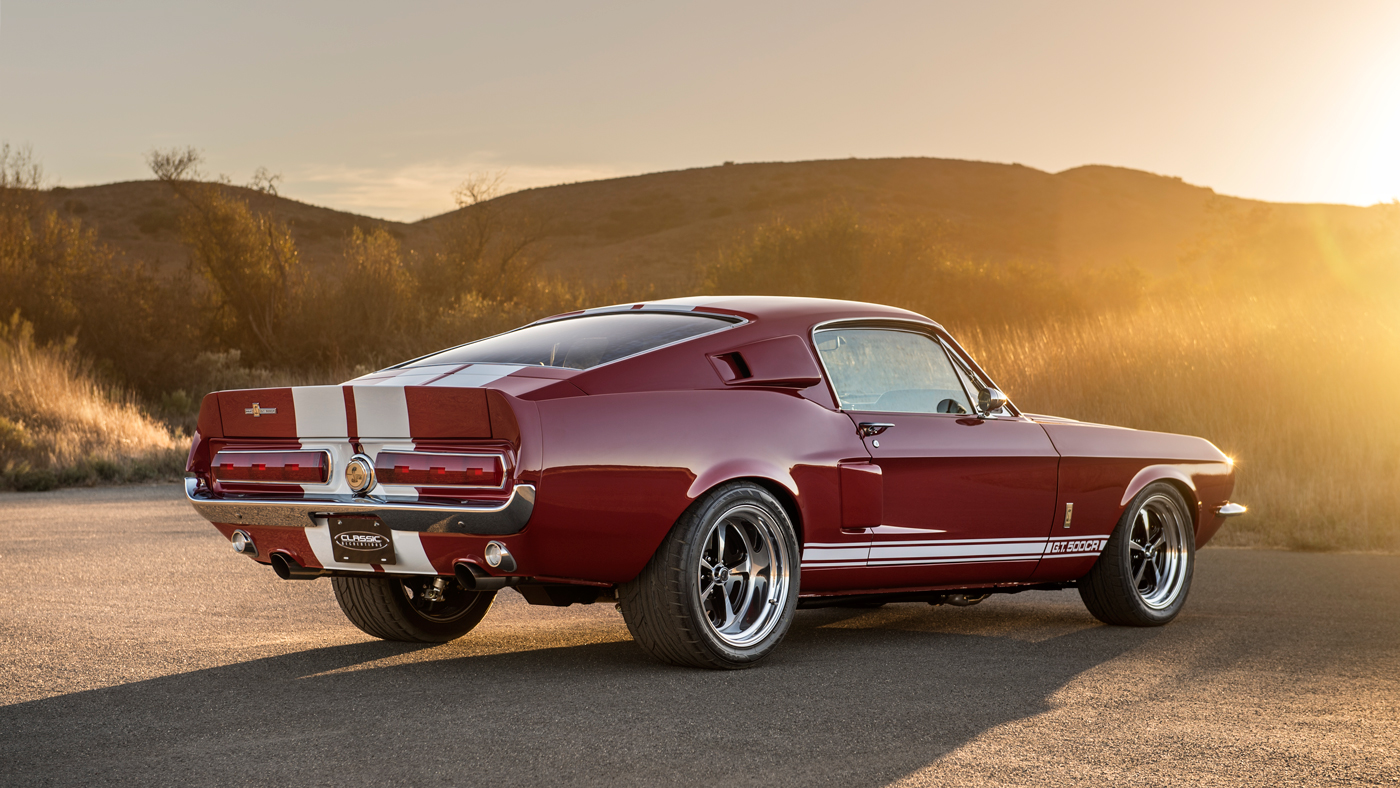 Reimagined upon commission, the donor vehicle maintains the signature aesthetic of Shelby’s prized pony, but is saddled with modern enhancements and components. Giving the car gallop is the same engine configuration carried by the famed fastback, a 545 hp, 7-liter Crate V8. But rather than the previously employed 4-speed gearbox, the new version features a Tremec 5-speed manual transmission. 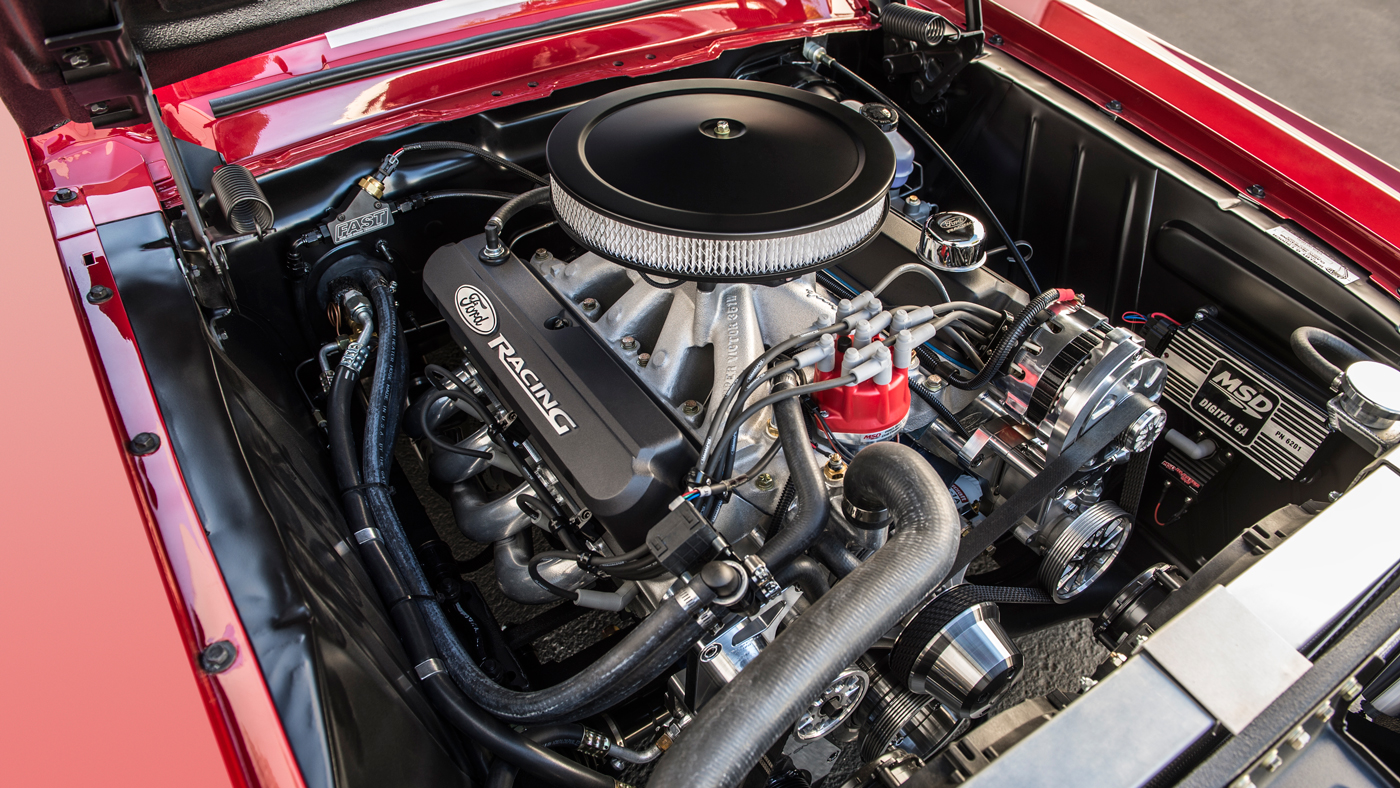 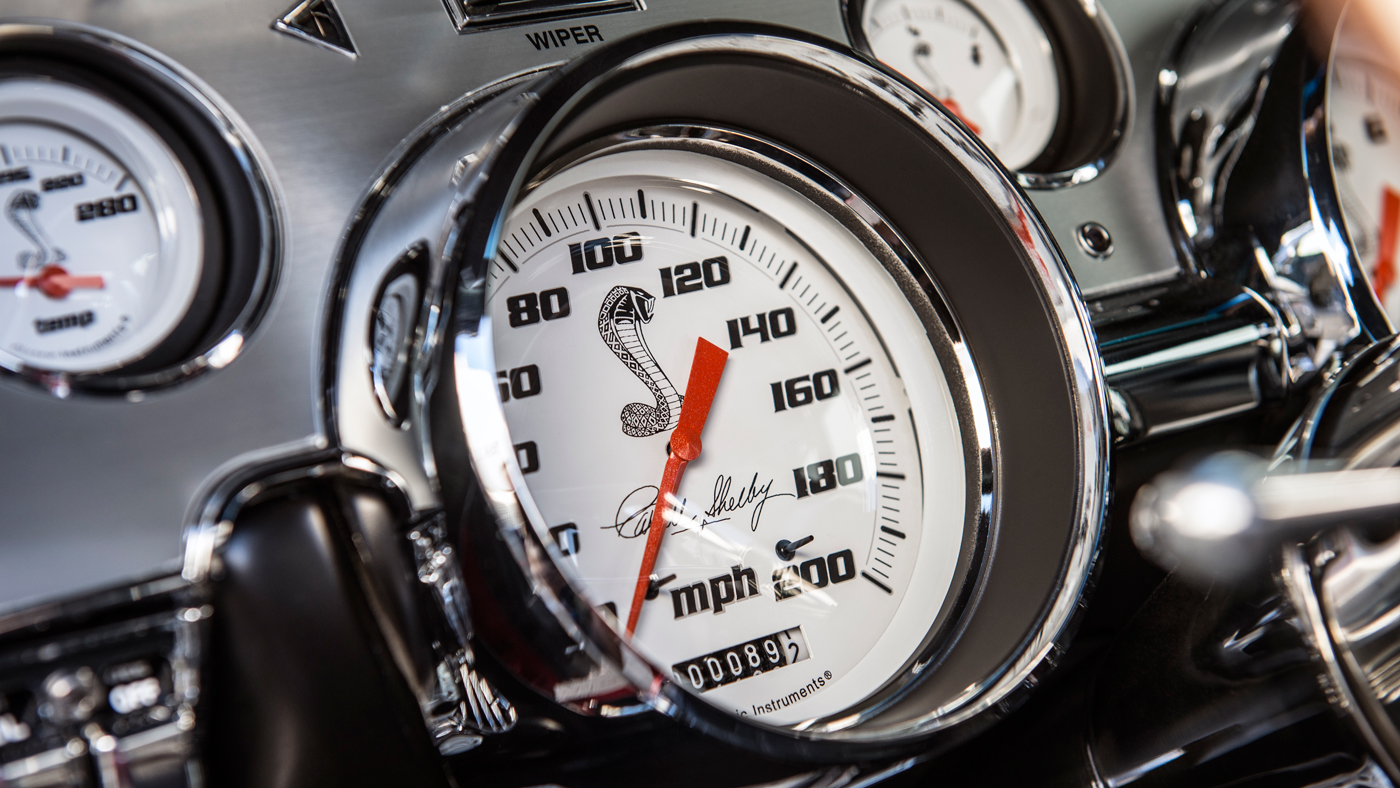 I recently had the privilege of driving the mod machine along the backroads of Moorpark, Calif., and instantly felt a rush of nostalgia for the era of my infancy. The throaty response at ignition was both intimidating and rejuvenating—this was the music of a muscle car, a soundtrack that has been all but silenced in the motorized milk toast favored by the current commuter market. 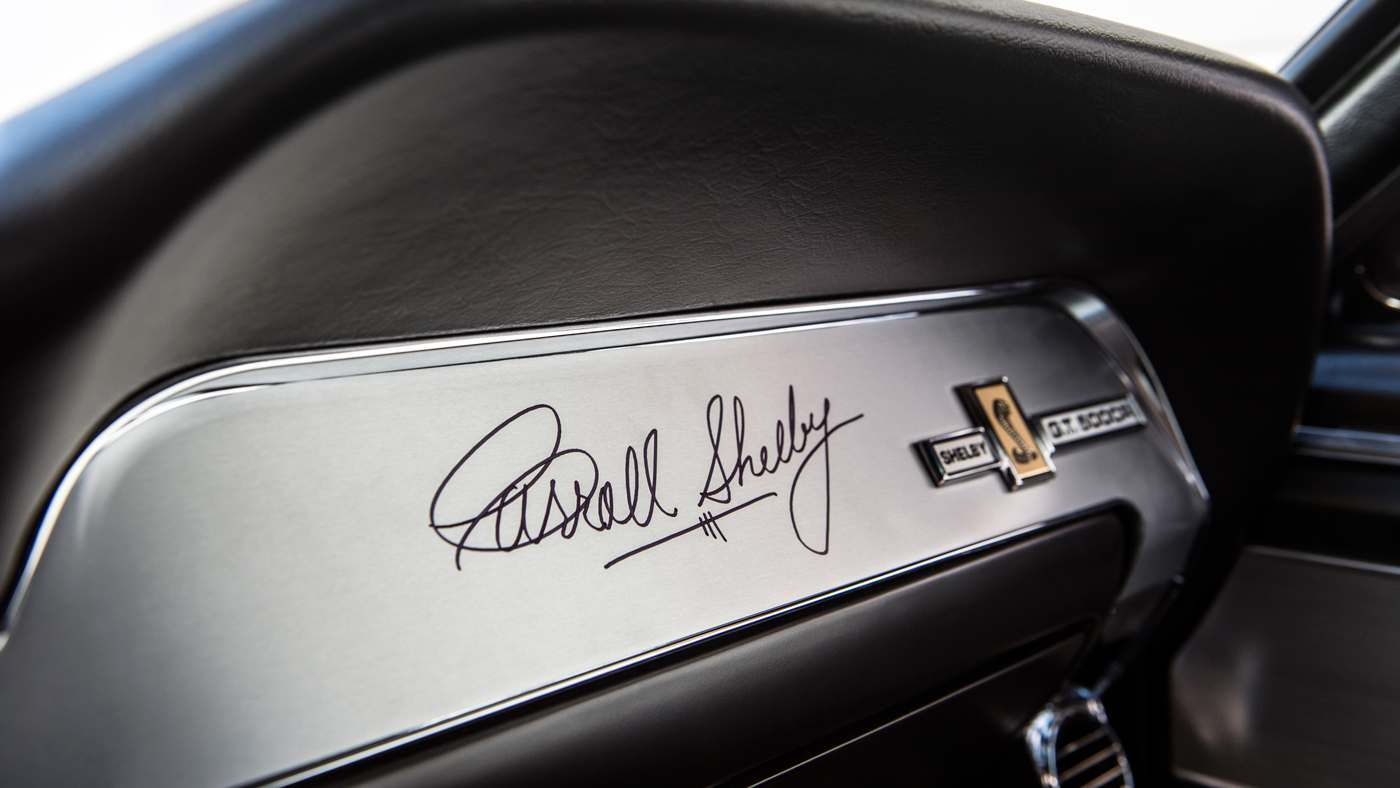 Every dashboard is bedecked with the signature of Carroll Shelby.  Photo: Courtesy Classic Recreations.

Leaving the stilted, start-and-stop driving of the main drag in the distance, I put my foot to the floor on a two-lane ribbon of road—that wrapped itself along the town’s foothills—and let the day’s deadlines and humdrum details take a backseat. All that was absent was the refrains of Credence Clearwater Revival or Cream to make the moment complete. And my sentiments are similar to those of Classic Recreations customer Jeff Miller, who recently took delivery of a G.T. 500CR. Says Miller, “I get all the nostalgia of the original G.T. 500, but with the driving experience of a late model Mustang.”

Construction on each G.T. 500CR Classic Shelby Mustang commences upon order and requires roughly 2,500 hours of labor. Pricing starts at $169,900.