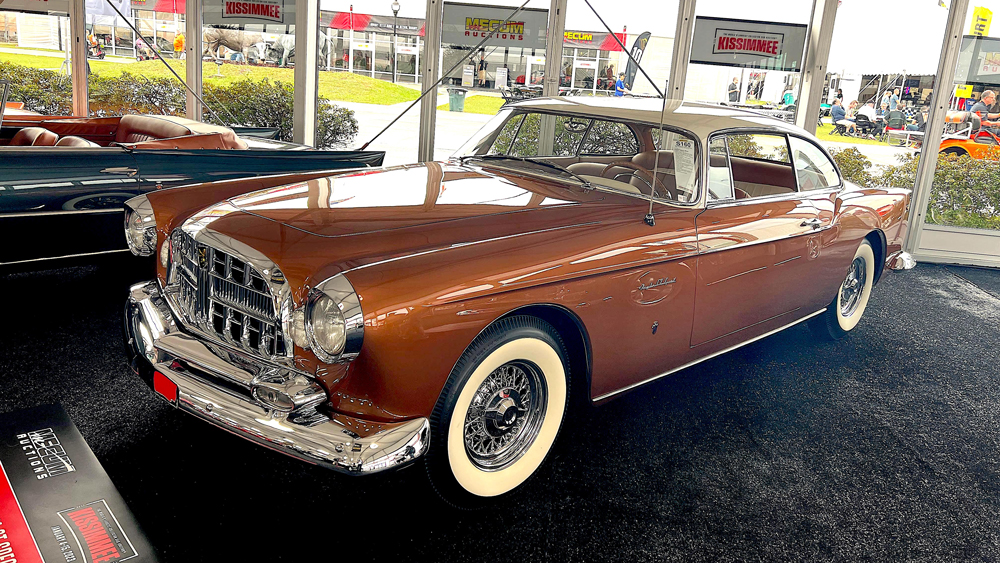 Gone in 60 Seconds is the fitting title of 1974’s classic car-heist movie (and the remake in 2000), but it also best describes the pace of sales at Mecum Auctions’ annual event going on right now in Kissimmee, Fla. Robb Report spent a day watching just a few of the record 4,137 lots crossing the block at the world’s biggest collector car-auction, one that ends its 12-day run on January 15, and we came away exhilarated and exhausted.

We also trekked many of the 200 acres of the Osceola Heritage Park that’s home to the auction, ducking in and out of the almost one million square feet of tenting that houses the endless variety of cars, trucks, motorcycles, tractors, boats and memorabilia.

“We have cars here that will sell for less than $5,000, others for many millions. There is truly something for every collector,” says Mecum TV commentator John Kramer. “This is the biggest collector-car auction the world has ever seen, and a true bellwether of the market for the coming year.”

With this edition featuring more than 30 high-profile private collections—the astonishing 49-car field from Rick Grant III’s Estate Collection is the headliner—the quality and quantity of automobiles has never been higher. Kramer predicts total sales will exceed last year’s record $217 million tally, despite rising interest rates and inflation concerns. Of the myriad model examples to choose from in Kissimmee, here are the 10 cars—listed in ascending value—we would love to call or own.