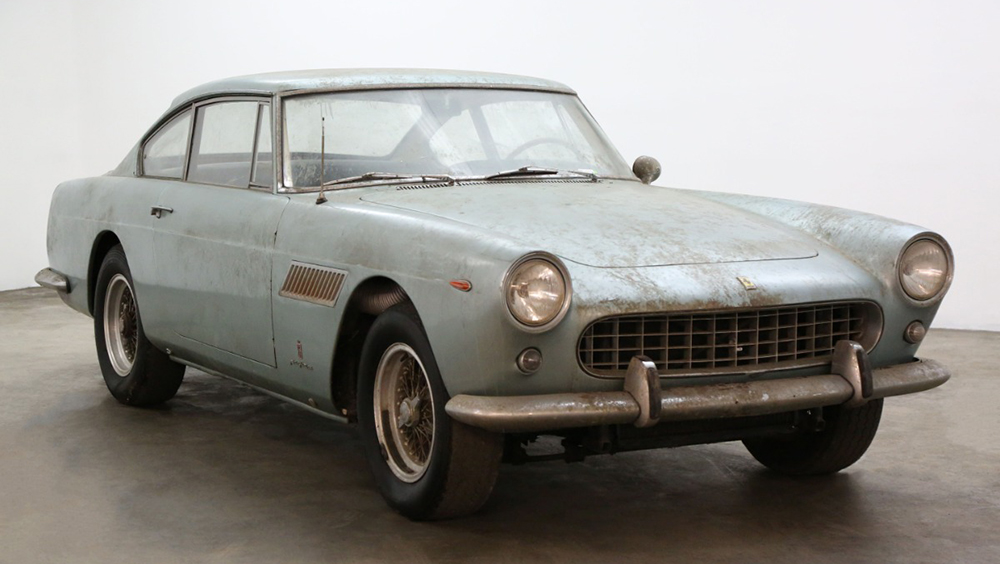 If you had a Ferrari, you’d drive it, right? And you definitely wouldn’t forget about it. Well, tell that to the owner of a nearly immaculate Ferrari 250GTE that was rediscovered after years of being hidden away in a California garage.

The recently uncovered 1961 250 GTE in question was just posted for sale online by the Beverly Hills Car Club, reports Road & Track. With original matching numbers and V12 engine, the gorgeous grand tourer is about as rare of a barn find as we’ve seen.

A look at the photos shows a car in surprisingly good condition, given that it was parked in a garage for years. It’s dirty and dust covered, but other than that, it appears to be untouched. Finished in celeste blue, the GTE’s body panels look undamaged and all match. Open up the doors and you’ll find that its chic red and black interior has weathered the test of time quite well. Best of all, no rust is visible along the underside of the chassis.

The engine bay looks like it could use some tender love and care, but few will mind when they see the actual motor. The 250 GTE includes Ferrari’s original, un-swapped Colombo V12. This engine is revered among enthusiasts and includes its original triple-Weber carburetor setup. The GTE also has all of its original components, including a manual transmission, wood steering wheel, 4-wheel disc brakes and wire wheels.

Besides being in remarkably good condition, the 250 GTE has also been owned by the same person for the past 41 years. It’s also one of just 300 Series I GTEs believed to have been built. And while it may require a little bit of work and a good cleaning, its $265,000 price tag may actually be a bargain for serious Ferrari fans.