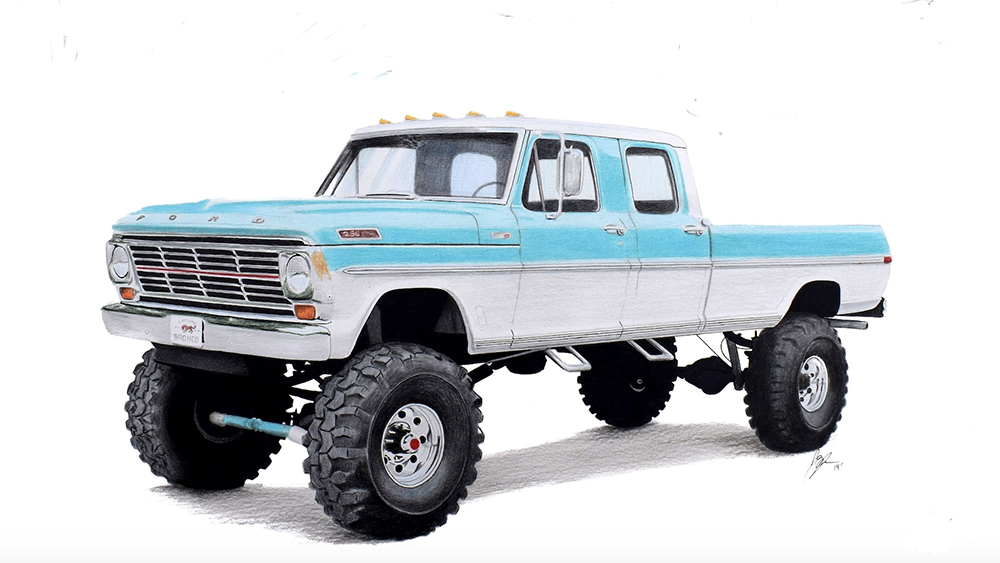 It’s no secret that the right restomod can pique the attention of collectors. But while plenty of classic cars and SUVs have been given the treatment, the same hasn’t always been true for trucks. Gateway Bronco is aiming to change that with its new “reimagined” classic F-Series.

Best known for its lavish vintage Broncos, the Illinois-based custom shop will start rolling out restored F-Series pickups originally built between 1967 to 1972 in the coming months, according to a press release. It’s an officially sanctioned project, too, as Ford Motor Company has licensed the shop to transform vintage F-100s, F-150s and F-250s.

“So many people love the craftmanship and value of our Resto-Mod Ford Broncos that they’re asking us to build a modernized classic Ford pickup,” said Gateway Bronco CEO Seth Burgett. “When we approached Ford Motor Company with the consumer requests, they quickly issued us a license to fulfill that worldwide demand.”

Just as they do with their famed SUVs, Gateway Bronco will take original, street-legal F-Series trucks, outfit them with all manner of modern technology and give them an extensive makeover. To start with, the company upgrades the trucks with a naturally aspirated Generation 3 Ford 5.0-liter V8 mated to a 10-speed automatic transmission, a powder-coated custom-designed chassis, along with push-button controlled 4×4 handling and active control exhaust. Inside the cabin, the interior has been redone with leather trim and either American Bison, hair on hide or distressed bench seats.

But you won’t be wed to these features. Like with their Broncos, the shop will offer a number of premium options. Most notable among them is a 7.3-liter Ford V8 with twin turbos or a Harrop USA supercharger with Eaton TVS Technology. Another available upgrade is am Eaton Performance differential package, which includes the company’s ELocker front differential and a Detroit Truetrac rear differential for improved handling and traction.

No pricing information was immediately available for te F-Series restomods, but a look at the shop’s “Featured Builds” page shows prices for its SUVs ranging between $150,000 and $350,000. As with its Broncos, each truck will include a five-year bumper-to-bumper warranty. Production is set to begin before the end of June, and the company has committed to building two to four examples per month going forward.