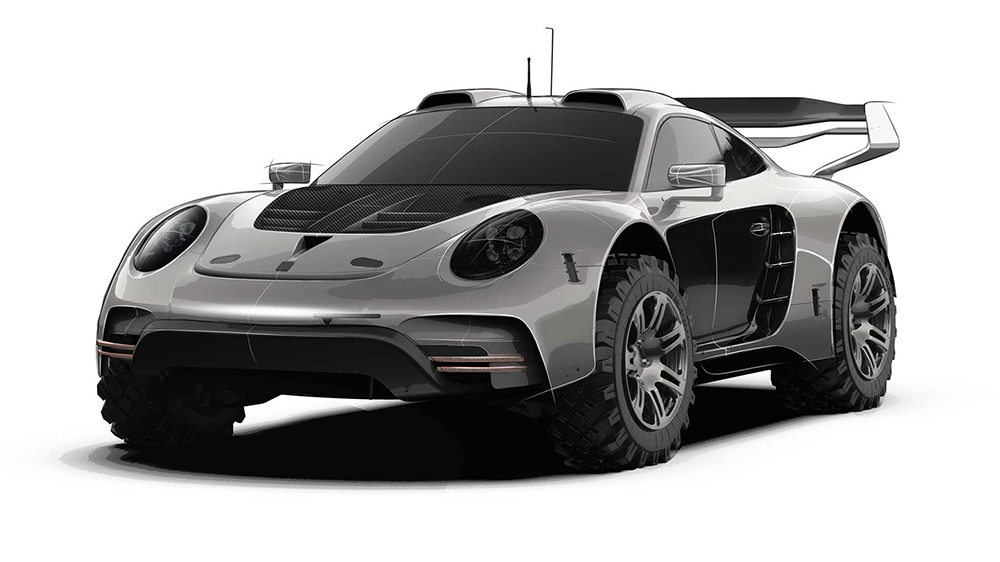 Not Gemballa. The famed German tuner recently unveiled renderings for an upcoming modified 911 that was designed specifically with off-roading in mind. Dubbed the Avalanche 4×4, the custom ride sees the traditionally sleek sports car reimagined as bruising all-terrain vehicle that’s ready to get down and dirty.

The car resembles your everyday 911—whose mother just happens to be a monster truck. The normally low-profile speedster has been given a significant height boost to allow room for some chunky off-road tires. The body panels have been reworked to give the car a more bulbous appearance, and it’s been fitted with a new diffuser, a larger wing and, of course, an underbelly skid plate.

Additionally, the vehicle’s hood and giant air ducts and vents have been done up carbon-fiber finish. Gemballa wasn’t ready to release any performance specs, but said in a press release that they expect it to be better than its current 911 body kit, which is capable of churning out 818 horsepower and accelerating from 0-to-62 mph in just 2.3 seconds. The car also has a top speed of over 230 mph. The company also said it is working on a 1000 hp variant kit that it hopes will be ready sometime this summer.

Gemballa seem’s pretty confident in the Avalanche 4×4. Speaking about expected performance, owner and CEO Steffen Korbach said, “The performance data will outshine all comparable vehicles.” We, for one, are looking forward to that data.

It should be noted that while the 911 depicted in Gemballa’s renders is from the last generation. But the company plans to release variants based on both the 991 and 992-generation 911. Production of the Avalanche 4×4 is expected to start by the end of the year.