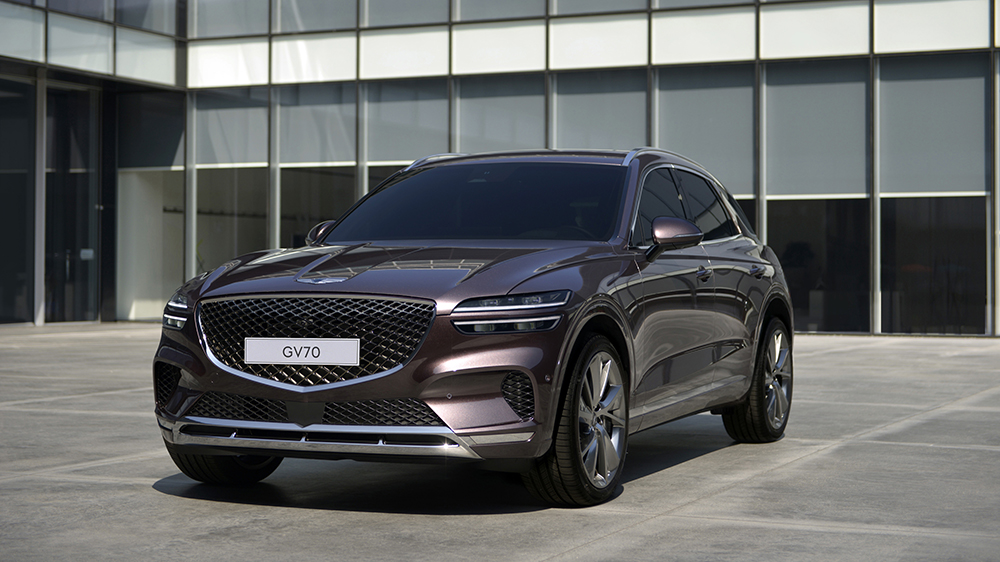 While Genesis has already won over the automotive press in the US, the automaker still looking to gain traction with car buyers. But the upstart company believes its latest vehicle, the GV70, will change all that.

Genesis unveiled its second luxury SUV on Thursday, and its exterior certainly didn’t disappoint. Crossover design can be tricky, with many models looking either too much like a wagon or SUV. But Genesis splits the difference just right with the GV70. The new vehicle looks like an elongated and raised take on the brand’s stylish G70 sedan, only if it were a hatchback. At once athletic and elegant, the vehicle has smooth lines running from the hood to the rear spoiler, which, along with its restrained chrome accenting, softens its shape. Best of all, though, may be the brand’s large crest grille, which looks even more at home on a larger vehicle. That’s offset by a striking set of dual, ultra-thin LED headlights like those on the refreshed G80 sedan and GV80 SUV (the taillights from those vehicles also appear in the back).

The GV70’s exterior interior is just as stylish. The spacious cabin features a refined design, with none of the overly fussy detailing so common in other luxury vehicles. The dash has a subtle oval theme and is built around a widescreen infotainment system that can be controlled by a rotary nob. There’s also a striking sports steering wheel and carbon-fiber accents on the center console and door. Meanwhile, the rows of seats have more than enough room to sit five adults comfortably.

While Genesis hasn’t provided powertrain details for the GV70 just yet, the early chatter sounds promising. Car and Driver reports that the vehicle will probably be powered by a turbocharged 2.5-liter inline-four capable of outputting 300 horsepower. And if that’s not enough pep for you, there will likely be a Sport variant that includes a twin-turbo 3.5-liter V6 that can churn out 375 horses.

As of writing, pricing for the GV70 hasn’t been revealed, but given that the SUV will be expected to compete with the likes of the Jaguar E-Pace, Audi Q5 and BMW iX3, we’d expect it to start in the low- to mid-$40,000 range. The GV70 is expected to arrive in dealerships during the first half of next year.