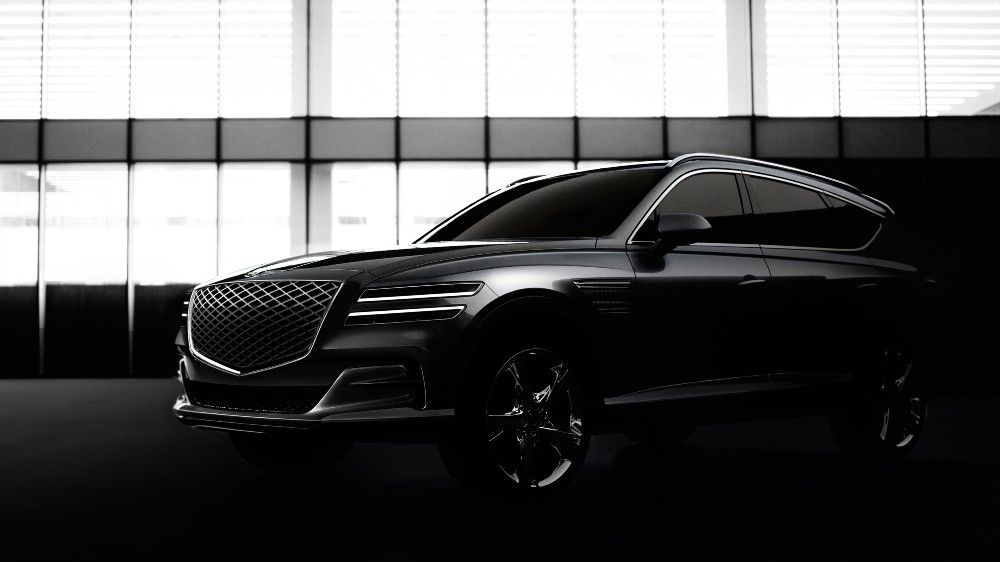 Genesis may have had little trouble winning over car writers in the United States, but the brand is still struggling to convince drivers to give it a chance. The South Korean automaker isn’t one to give up easily and its just-announced sports utility vehicle, the GV80, is its strongest show of stateside intent yet.

On New Year’s Eve, just before the ball dropped, Genesis unveiled the first glimpse of its very first SUV. Set to launch worldwide later this year, according to the company, the GV80 is the fourth model in the company’s lineup, joining the stylish G70, G80 and G90 sedans.

While the first images of the GV80 are seductively shrouded in shadow, they do give us a fair idea of what to expect from the SUV. And from what can be made out, it appears as if the vehicle will be an even sleeker version of the GV80 Concept that the brand showed off at the New York Auto Show back in 2017. The biggest change is that the SUV now features the same gigantic, eye-catching Crest Grille and super-bright Quad Lamp headlights as the new G90 sedan.

Just as elegant is the vehicle’s interior. Genesis has gone for a very clean and modern aesthetic, with a large touch screen and infotainment control module in the middle of the dash to control all non-driving-related functions. The rest of the interior is outfitted in quilted leather with high-gloss wood accents and features the brand’s trademark orchid-inspired G-Matrix light fixtures.

Inside the Genesis GV80 SUV  Genesis

The company promised that technical details will be revealed in due time, though it’s all but certain the concept’s hydrogen fuel-cell powertrain won’t be making an appearance in the production model. Instead, something closer to the company’s twin-turbocharged 3.3-liter V6 or a 5.0-liter V8 is a safer bet, according to CNET. The vehicle will feature the brand’s new rear-wheel-drive platform, which some believe will also be used for the next generation of the G80 sedan.

Genesis hasn’t released pricing info for the GV80 yet, but expect that info to start filtering out soon. Regardless, the brand plans to launch the SUV in South Korea later this month, with other markets, including the US, to follow.4