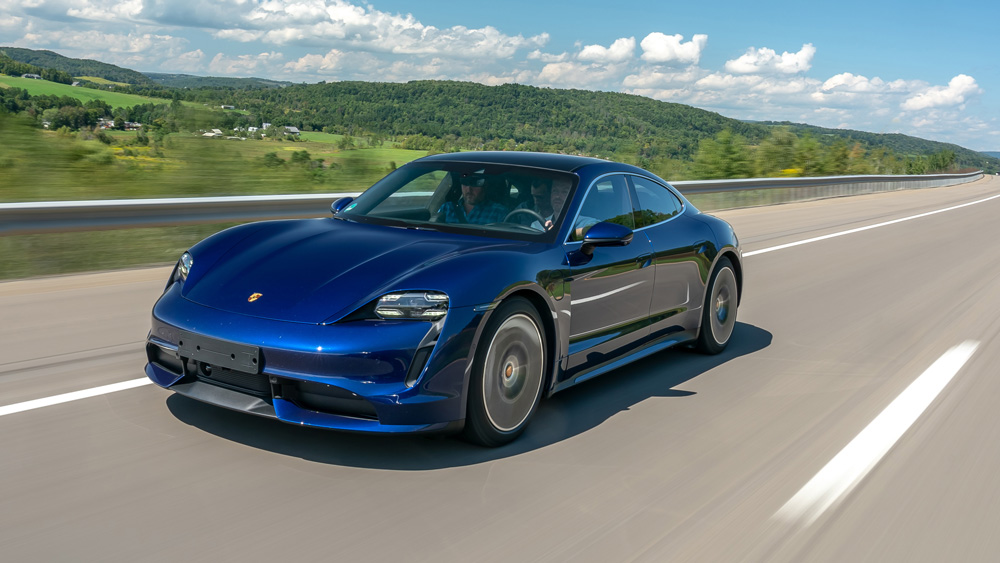 While the competition between the Porsche Taycan and Tesla Model S is just getting started, it would appear that one car already has the edge. The first substantial comparison of the two electric cars showed that the brand-new German EV currently has a lead on its older American counterpart.

On a recent episode of German car show Auto Mobil, hosts Alexander Bloch and Albert Königshausen got their chance to pit the Porsche Taycan Turbo S and Tesla Model S against one another, reports Jalopnik. And after time with the buzzed-about electric sedans, it was clear to him that when it comes to build quality, handling and acceleration, the Taycan is currently on top.

During the comparison, Königshausen, the show’s chief of testing, noted that while the Taycan and Model S P100D are both “fantastic vehicles,” to him it was clear that the former offered the higher build quality. The tip off? The doors and tailgate on the Tesla, he concluded, were “carelessly put together.” In contrast, he applauded the fit and finish of the Taycan.

From there, the show moved on to performance testing. In the first part of the comparison, focused on handling, the Taycan again came out on top. Driving the two vehicles at 90kph (57 mph), Königshausen found that the Tesla lost traction and was harder to drive precisely. He did acknowledge that the Porsche is a more demanding car to drive, but that it was easier to control, saying, “it’s worlds more agile, but you need a savvy hand.”

In the final part of testing, the Auto Mobil crew tested the Porsche and Tesla’s acceleration by taking them on head-to-head 1/4-mile runs. Despite having a slower advertised 0-to-60 mph time,  the Taycan bested the Model S repeatedly on the show, with the difference between the two vehicles growing more pronounced as testing went on.

But all is not lost for the Model S. While the Taycan may have come out on top in Auto Mobil’s tests, Bloch was disappointed with how its charging and range compared to its rival. There’s also a massive price difference between the two cars. Jalopnik noted that the Tesla costs $50,000 less than the Porsche. Plus, as we learned last month, whether or not it was an official time, Tesla still has its 7:23 Nürburgring lap to hold over Porsche’s head. For the time being.

Watch a clip from Auto Mobil’s tests below: