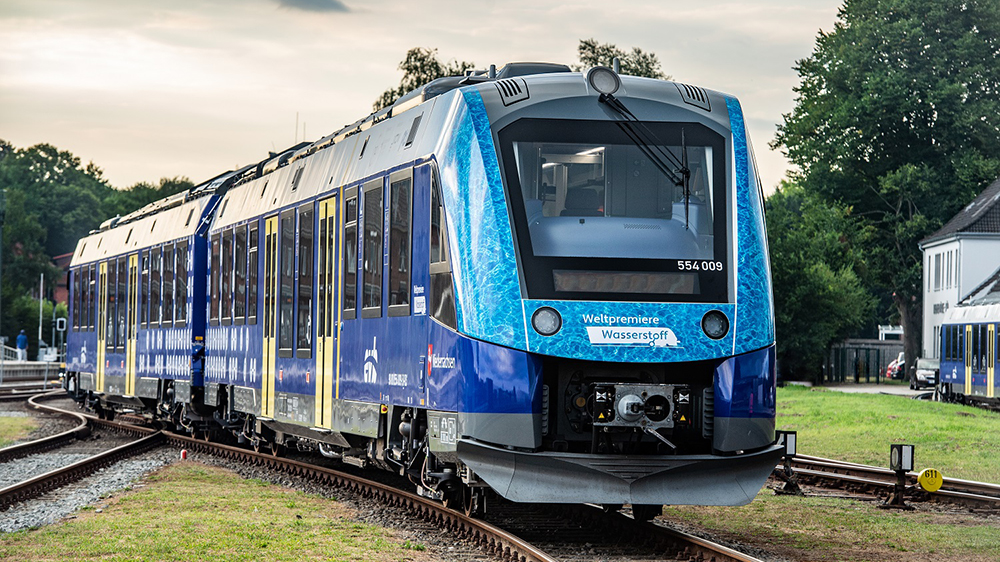 Riding the rails in Germany just got even cleaner.

Officials in the country launched what they’re calling the world’s first fleet of hydrogen passenger trains earlier this week, reports the Associated Press. The new locomotives are set to replace a diesel fleet in the state of Lower Saxony.

The new fleet consists of 14 Coradia iLint hydrogen trains made by the French company Alstom and operated by regional rail company LNVG. Each of the new locomotives use hydrogen fuel cells to generate the electricity needed to power its engine. This makes the vehicles much cleaner than their diesel-powered predecessors, which explains why Lower Saxony has invested $92 million in the project in an attempt to make its economy greener.

Because they run on hydrogen, the new trains have the potential to save more than 422,000 gallons of diesel fuel per year, according to the news wire. A gallon of burned diesel fuel produces about 22 pounds of CO2, which means the fleet could cut CO2 emissions by up to 460 tons per year. The hydrogen currently used to fuel the locomotives is produced as a byproduct from chemical processes, but specialty gas company Linde hopes to produce it using only renewable energy within three years.

Alstom says its trains have a range of 621 miles and can travel at speeds of up to 87 mph, though they will normally operate between 50 to 75 mph. That means that each of the locomotives should be able to run for an entire day on a tank of hydrogen, according to CNN. A hydrogen filling station has already been established along the route, which runs between the towns of Cuxhaven, Bremerhaven, Bremervoerde and Buxtehude. Five of the hydrogen trains debuted earlier this week and will gradually replace their 15 diesel counterparts. By the end of the year, every train on the line will be powered by hydrogen.

Lower Saxony won’t have the only hydrogen train fleet for much longer. Frankfurt has reportedly ordered 27 such locomotives for use around its metropolitan area, while Italy and France have also commissioned hydrogen trains.