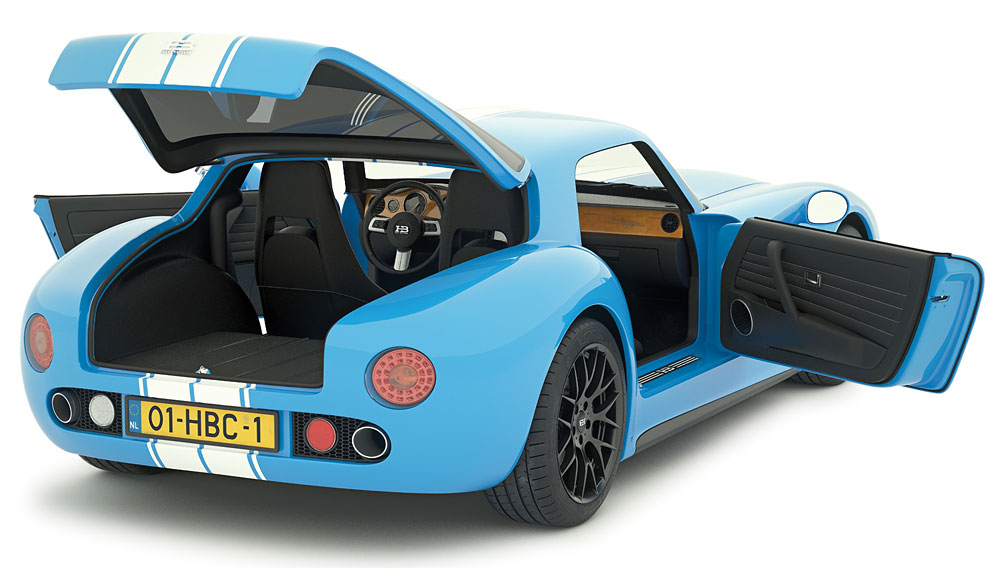 If you’re looking for a unique street-legal sports car or a track-ready racer that you can drive immediately, this European coupe is not for you. But if you yearn for the exclusive and believe that patience is a virtue, Paul and Tino Huet might just deliver the ideal automobile.

The Dutch brothers began their automotive careers in restoration, first by restoring their own cars and then restoring other people’s cars as if they were their own. Working in this manner, the brothers became auto builders. A number of years ago, the Huets had an idea to build a fleet of open-air Le Mans–style racers that would anchor a series of fly-and-drive events. It was their intention that the roadsters would give auto enthusiasts a chance to experience a vintage racecar in modern times. But the project lost all momentum when global economies plummeted in 2008.

When the brothers revisited the idea of building a car, they decided that if they were to do it, they wanted to inject the same kind of power and performance they had intended for their Le Mans roadster, but with all new materials and components. The result is the HB Coupe, a car still in prototype and testing stages, and one that, at least initially, will only be street legal in Europe (though a track-specific racecar could be delivered anywhere in the world). Outfitted with a full carbon monocoque body, the car is remarkably light—it weighs less than 1,800 pounds—and when powered by a standard 2-liter, 4-cylinder engine capable of 170 hp (or a Cosworth engine capable of 255 hp), the end result is a daily driver with enormous capabilities. “It’s less than five seconds to 62 mph,” says Tino Huet. “But the 255 hp [option] is a huge step into the zones of saying it’s really a sports car.”

Just 40 vehicles will be made each year, and customers will be allowed to personalize only the car’s appearance. All amenities will come standard, meaning those who don’t want heated seats simply can choose to not turn them on. As Huet explains, the goal is to deliver a sexy-looking car that delivers all the elements of luxury, but one that can showcase great power and handling when asked. “It should be a comfortable daily driver,” he says. “But the moment that you want to have fun with the car, the car should be quick and nimble and fun to drive.”

The Huets’ standard car will start from €67,800 (about $87,000), while the Cosworth option will start at €78,500 (about $101,000). Racecar packages will vary based on specifications. European customers wishing to reserve an HB Coupe (deliveries are set for 2014) must provide an initial deposit of €10,000 (about $13,000). For now, prospective North American customers can add their names to a waiting list, and should that list grow long enough, the Huets will take the steps to legalize the car across the pond. It’s not an ideal scenario for American drivers, Huet acknowledges, but he believes a handbuilt, limited-edition sports car is worth the wait. “When it’s built by hand,” he says, “it builds character.”