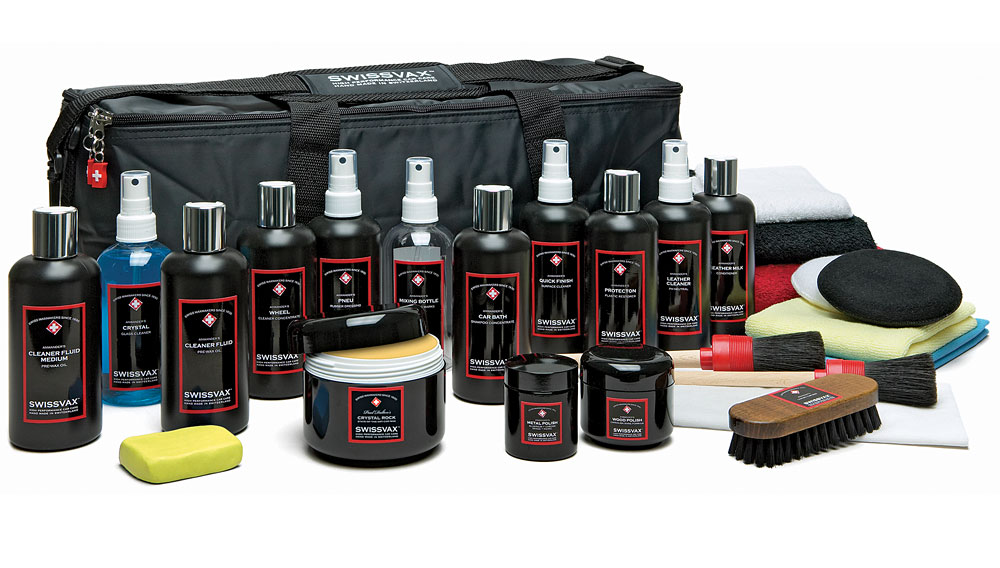 At the time Hans Anwander founded the Swissvax company, he was enchanted with high-end automobiles but never set out to produce his waxes for them . . . at least not for commercial sale. Cars were not prevalent in Switzerland during the 1930s, so Anwander focused his company’s product line on more common applications—boats, furniture, and rain jackets. Any auto-specific waxes that Anwander produced he kept for his own personal use. Half a century later, when members of the family’s third generation joined the board of directors, Swissvax had gone international but still ignored the commercial car-care market. However, as Georg Weidmann, Anwander’s grandson, explains, that would soon change.

“We were never satisfied with what was out on the market,” Weidmann recalls. “We always preferred our own [waxes] for our cars.” The company’s board of directors didn’t put much stock in the younger generation’s suggestion to refocus the product line on automotive restoration and maintenance, but even as far back as the mid-1980s, Weidmann could see the potential. Today, as the ownerof Swissvax International and as a collector of historic automobiles, Weidmann oversees the production of numerous car-care products, including a handful of comprehensive packages geared toward serious car collectors and concours participants.

Just like all other Swissvax car-care products, these master kits developed from the family members’ interactions with their own cars and the products that they made. “We always had everything ready and nicely arranged so if there was a car club meeting or a concours, we could just grab our bags and go,” Weidmann says. Equipped with more than 20 products and applicators, the two most exclusive master kits include either a Concorso wax ($1,189) or a Crystal Rock wax ($2,299) and, as Weidmann explains, the differences between the two extend beyond the contrast in price.

Concorso wax—like the Crystal Rock variety—produces a lustrous, wet-looking shine, but it also includes filling agents that make minor scratches and other blemishes disappear. “The Concorso is very forgiving and far more usable for most of us,” Weidmann says. “You can use it on a paintwork that’s not perfect anymore.” The Crystal Rock wax, by comparison, does not conceal imperfections. Moreover, the Crystal Rock wax, which took four months to engineer, will accentuate a car’s shine but only if the car is painted in a dark, nonmetallic color. “Crystal Rock can produce the most fascinating shine—a real glow on the paintwork,” Weidmann says, “but only if the paintwork is capable of showing it.”

Nevertheless, Weidmann has seen some clients pay the additional money for Crystal Rock simply because the wax’s durability produces a coat that offers a full year of protection. (Concorso wax should be applied once every three months.) “It’s nice to wax your car, but I don’t want to do it every weekend,” he says, acknowledging that he’s partial to Crystal Rock for that reason. That said, when Weidmann uses the wax on the appropriate car, like his 1986 Mercedes-Benz 560 SL, the enjoyment, he says, extends far beyond time savings. “It shines like a Christmas bulb,” he says. “When it’s parked on Ocean Drive in South Beach, people stop and take pictures. It’s amazing.”