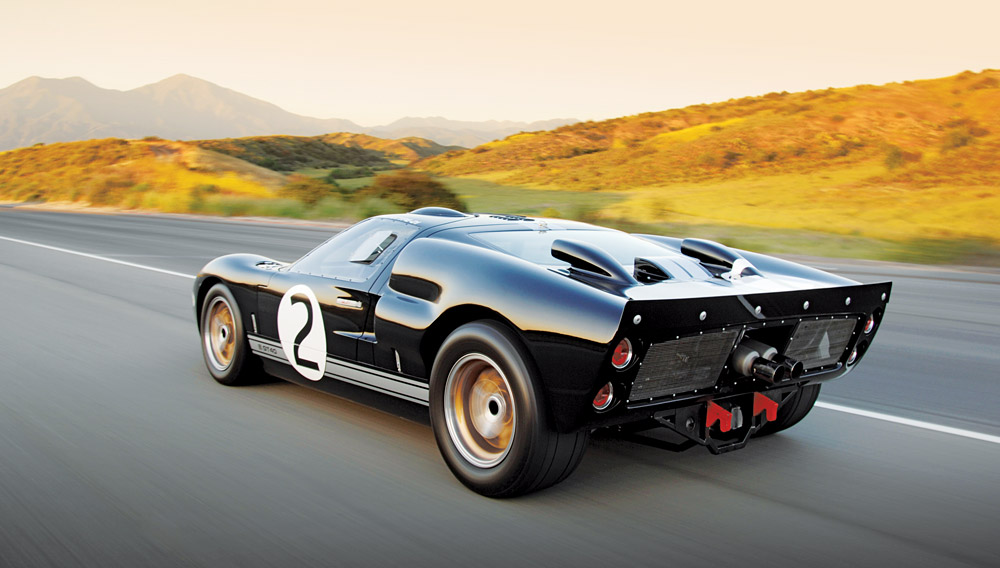 With these American sports car continuations, driving a classic has never been easier.

Tenacity and patience got Lance Stander past the legal obstacles that stymied his company, Superformance, during its infancy in the early 1990s. But the CEO prefers to take a more lighthearted view. “I always say, ‘I’m too dumb and too stupid to give up,’” Stander jokes.

All kidding aside, the Irvine, Calif., distributor of complete “rolling chassis” replica and continuation vehicles emerged from the ordeal of obtaining licensing agreements to offer a lineup of nine racecars from the 1960s that all scream “American muscle.” The Corvette Grand Sport, for example, which costs $91,000 without an engine or transmission, existed in prototype form for almost nine years before General Motors agreed to license it. In 2010, shortly after entering a partnership with Superformance, GM unveiled its new E-ROD engine—nestled in the body of a Superformance Grand Sport. “The Grand Sport Corvette is such an iconic vehicle,” Jamie Meyer, the product integration manager for GM Performance Parts, said at the unveiling. “It’s great to see Superformance bring back this classic. It offers the same styling and raw performance feeling as the original, and when outfitted with an E-ROD engine, the end consumer gets a much more modern ride.”

As Stander describes it, his is the business of selling American icons. The original vehicles that serve as his inspiration—Shelby Cobras, Daytona Coupes, and GT40s—are irreplaceable; however, Stander offers versions of those cars that collectors can enjoy more freely. Because the Superformance lineup starts at $62,000 and peaks at $116,000, Stander also realizes that he’s giving a much larger group of enthusiasts a chance to own a car that they otherwise could never afford. “That’s the biggest attraction to the cars that we sell,” he says.

Stander owns various Superformance models himself, but he finds it difficult to pick a favorite. “If you’re going to take a cross-country trip, the Daytona is absolutely amazing,” he says. “But if you want a sporty run through the canyon, nothing will beat the GT40.”

If you want a vehicle with the power to rejuvenate, Superformance customer Carl Mentz says you can’t go wrong with the MKIII roadster, a 427 Cobra replica. Mentz purchased the car used in 2011 after owning an original 427 Cobra earlier in his life, and he says the Superformance Cobra looks, drives, and sounds remarkably similar to his original. He also says he’s driving it much more. “I’m having more fun with this car than I’ve had in years,” Mentz once told the Superformance Owners Association. “I don’t have to look in the mirror to tell I’m no longer 23 years old. But when I strap that rocket-snake on, I sure feel like it; and I plan to keep doing it as long as I’m able to hoist my tired old bones into the driver’s seat.”