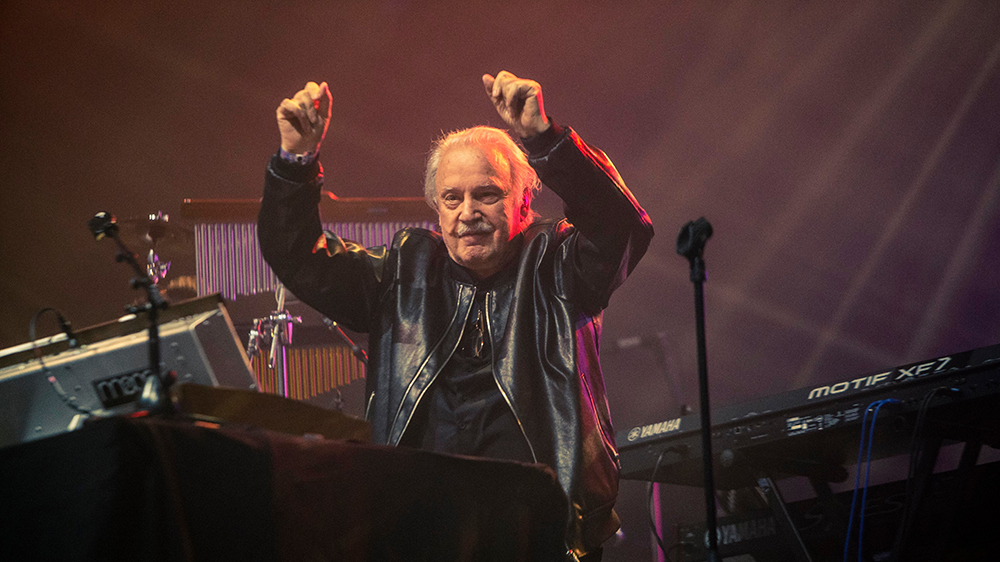 Giorgio Moroder doesn’t like the relative silence of electric motors. But rather than complain about the fact that you hear little more than a hum when you turn your electric car on, the legendary musician known affectionately as the “Father of Disco” is going to do something about it.

Having previously put his stamp on disco, electronic music and film scores, Moroder is ready to do the same for electric engine sounds, according to CNET. Donna Summer’s go-to producer of the ‘70s is teaming up with Italian powertrain manufacturer FPT Industrial to design the distinctive noise that will play every time one of the company’s electric engines starts.

“Engines are going to be changing a lot in the future, but the sound of the engine is absolutely important,” Moroder said in a video posted to YouTube by the engine maker. “It is a fundamental part of our experience on board. You cannot do without it.”

But because this is the “Father of Disco” we’re talking about, he’s not just here to whip up some futuristic approximation of the sound made by a combustion-based engine. Instead, the famously mustachioed Moroder wrote an entire song, entitled “Preludio,” the first four seconds of which will play every time you turn on FTP’s electric powertrains.

The result is a pulsating song that will ring familiar to anyone who’s bobbed their head to Moroder’s scores for films like Midnight Express, American Gigolo and Scarface. Released on Spotify earlier this week, the synth-heavy banger was also performed by the 79-year-old at the Consumer Electronics Show in Las Vegas earlier this week.

“Out of the 20-30 ideas of melodies I picked one which I thought was representative of the engine and FPT’s work,” he said. “I used all different kinds of sounds, from different computers and from different synthesizers. And then to make it more ‘round’ I added the classical instruments.”

The challenge of writing and making a tune that’s sure to become ubiquitous in the years to come seems to have genuinely excited Moroder. And although he’s worked on hit songs like Summer’s “I Feel Love,” Blondie’s “Call Me,” and Berlin’s “Take My Breath Away,” the musician predicted that this may go on to become one of his most listened to pieces of work. That may sound crazy, but stranger things have happened.