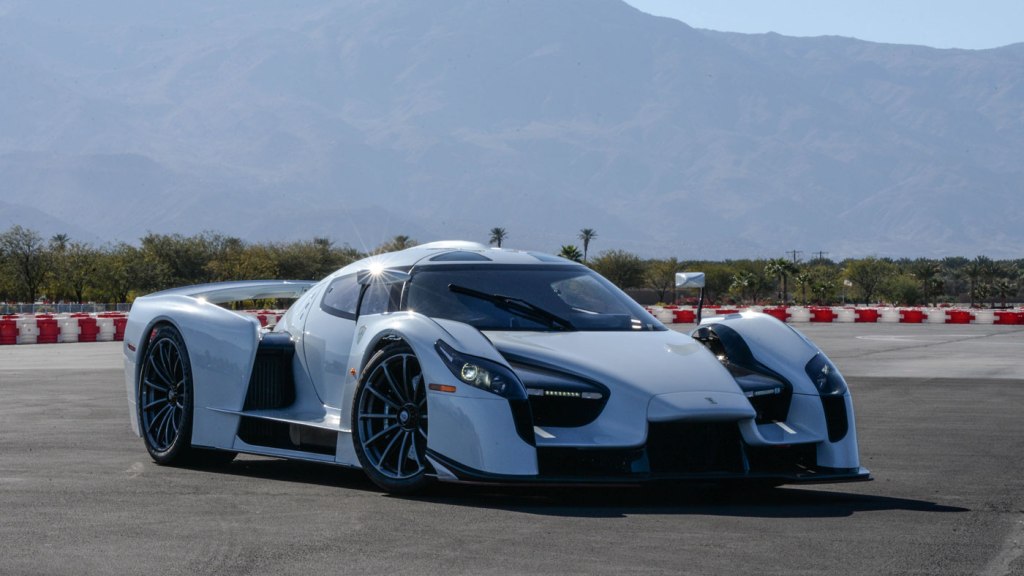 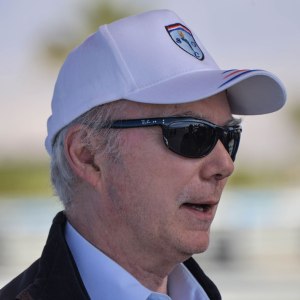 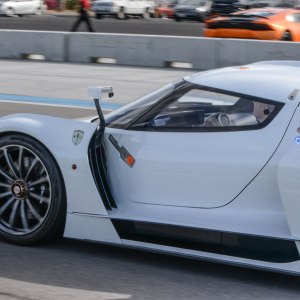 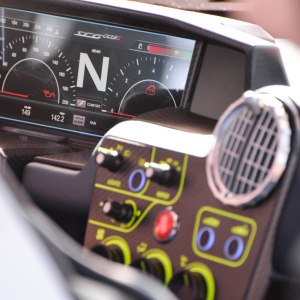 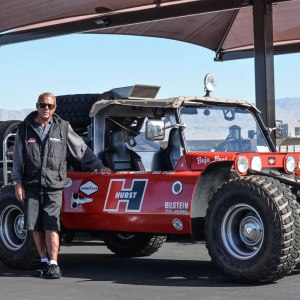 As if to prove the automotive market has no ceiling, James Glickenhaus is readying super-expensive supercars for track and street while also planning an ultimate off-road buggy destined to break altitude records.

A Wall Street investor and Hollywood filmmaker, Glickenhaus also leads Scuderia Cameron Glickenhaus (SCG), the boutique manufacturer based in Sleepy Hollow, N.Y. In recent years, SCG established the capability of its 003C racing car at the 24 Hours Nürburgring. Then the 003S, a more accommodating street version of that car, appeared at the 2017 Geneva Motor Show.

Early on a Saturday morning last month, the first $2.2-million 003S underwent pre-delivery testing at Thermal Club, the private racetrack near Palm Springs, Calif. Having flipped up both swan-wing doors, a technician stretched across the door-sill, tending to business under the dashboard. Later, when the twin-turbo V-8 fired, the brawny gruff note made an unmistakable statement of track-scorching intent. This sound matched the car’s menacing appearance, a look derived from absolute commitment to low drag and high downforce. For comfort and usability, the 003S has been fitted with an adjustable suspension and luxurious trim while retaining the competition instruments and controls.

Testing the 003S on the track at Thermal Club.  Photo by Brad Speers.

“We took an existing BMW racing engine, and then we modified it for the road for this one particular customer,” Glickenhaus explains. The 5-liter twin-turbo V-8 will generate 900 hp and 737 ft lbs of torque, which “should be sufficient,” he says drily.

SCG’s first success was its one-off Ferrari P4/5 by Pininfarina, a contemporary homage to the P3/P4 racing cars of the 1960s set on a modern Ferrari Enzo platform. “From there it sort of morphed into: ‘Can we make a race version of it?’ And then: ‘Can we make our own car from the ground up?’”

A detail of the dials and display inside the 003S.  Photo by Brad Speers.

The volume model will be the SCG004, a three-seater with 650 hp. For their $400,000 investment, customers may choose between a six-speed manual or six-speed automatic transmission.

Thermal Club bystanders Chris and Christie Lenart, who were visiting from Hawaii, were interested in the 004. Looking at the scale-model displayed in the pit area, Chris said he already has a Ferrari. “I love it, but the appeal to me is to enjoy a little more analog experience with some of the modern accoutrements that can make driving safer and more enjoyable.”

Lenart complimented the somewhat retro—but still timeless—design of the 004, which recalls the Ferrari 206 Dino Competizione with rounded fender flares and bubble cockpit.

Chad McQueen stands by the Hurst Baja Boot buggy once owned by his father Steve.  Photo by Brad Speers.

Besides the two mid-engine coupes, Glickenhaus also plans to build a modern successor to the Hurst Baja Boot. Built in 1967 for the inaugural Baja 1000 desert race, this snub-nosed, mid-engine, Chevrolet V-8–powered buggy was soon purchased by Steve McQueen and had a distinguished career with either the actor or his pal Bud Ekins at the wheel. Glickenhaus bought the Boot at auction in 2010 and has taken it as inspiration for an SCG terrain crawler that could conquer a 20,000-foot mountain. Production plans are still to be finalized.