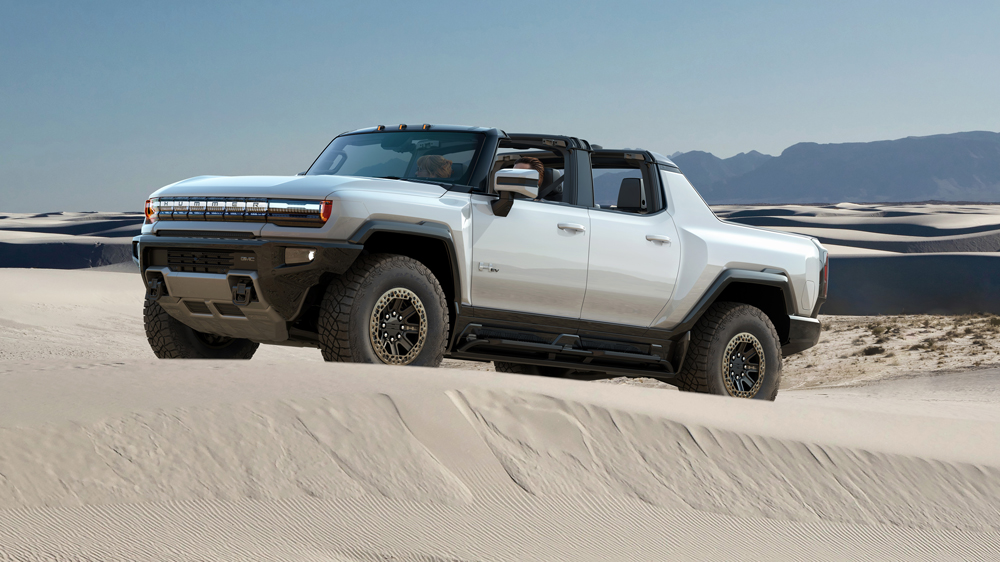 Photo: Courtesy of the GMC Division of General Motors LLC.

GMC plans to begin deliveries of its eagerly anticipated all-electric supertruck next month, just in time for the holidays, reports Autoblog. Additionally, the Detroit automaker has revealed that its EV will have a range of 329 miles.

The two exciting pieces of news were delivered during a conference call held by GMC head Duncan Aldred on Tuesday, according to the website. The first announcement means that GMC will be able to deliver its new EV a little over a year after its debut. That’s a rather impressive feat considering all the supply chain issues, particularly the superconductor chip shortage, that have struck the auto industry over the last year. We don’t know how many customers can expect to get the new Hummer next month, but each of them will be receiving the Edition 1 variant. That version makes up over 80 percent of the 125,000 pre-orders the company has taken—or roughly 100,000.

The Edition 1 also happens to be the Hummer variant with the 329-mile range. The confirmation comes weeks after the MyChevrolet app mistakenly listed the Edition 1’s range at 334 miles. At the time, a rep for the automaker told Robb Report that the unintentional leak was “not accurate,” a statement which has since turned out to be true. It should be noted that since the Edition 1 is a heavy-duty truck, it’s range has not been certified by the EPA and will not be released by the agency, according to Green Car Reports. Future Hummer EVs will be considered light-duty trucks and will receive a rating from the EPA, though. GMC expects those versions to have even better range.

The 329-mile range rating, which was found by using the EPA’s methodology, is 6 percent shy of the 350 miles the brand had been targeting. While no brand likes to miss their own in-house estimate, it’s not uncommon, as both Porsche and Mercedes-Benz have shown. Still, 329 miles is a more than respectable range for an EV, especially one with 1,000 hp that can sprint from zero to 60 in three seconds. The EV can also tow 7,500 pounds and carry 1,300 pounds of cargo, though it’s unknown how much payload will affect the the truck’s range, if at all. The Hummer’s range is also 15 miles more than the only other electric truck currently on the market, the Rivian R1T.

If GMC isn’t able to deliver everything it promised with the Hummer EV, it looks like it’s going to come awfully close. And thing seems certain: You’ll start seeing the zero-emission behemoth on a road near you in the very near future.