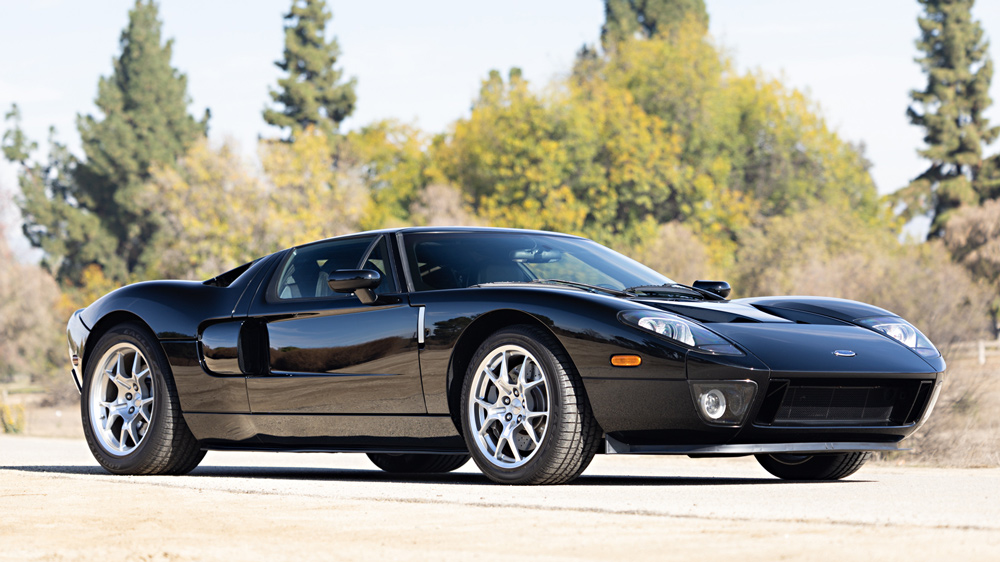 I remember hopping into a brand-new Ford GT back in 2005. It was red, low, quick and loud. There was a lot to like about that car. It felt brutally honest and a little raw, with none of the fussy details or delicate build of the era’s Italian supercars. It didn’t feel like parts would fall off, but it wasn’t like one of Germany’s rolling bank vaults, either. It just felt American. The engine was sublime, but booby-trapped. Forgetting it was supercharged, I planted my foot and did a pirouette in the middle of an intersection while attempting a left-hand turn from standstill. Embarrassing, but the only thing damaged was my pride. The Ford GT commands respect.

When I first encountered the Ford GT, I couldn’t help but feel like I’d reconnected with an old friend after decades of being apart . . . one who’d gained considerable inches and many pounds, but otherwise looked much the same. Dwarfing its predecessor and three inches taller, the Ford GT made no pretense of being a racing machine like the car that inspired it. Credit for such a successful variation on the theme of the original Ford GT40 goes to Camilo Pardo, who, under the direction of J Mays, designed an homage to Ford’s 1-2-3 sweep of Le Mans in 1966 and the marque’s consecutive victories from 1967 to 1969.

The tribute concept was unveiled at the 2002 Detroit Auto Show to great acclaim, with a production version following to coincide with Ford’s centenary. Ford’s GT was a home run for the company, with a total of 4,038 examples built—all model year 2005 and 2006.

Few people at the time could have imagined that these would become first-class collectibles 15 years on, but their performance on the auction ramp has been consistent, thanks to strong interest and the inherent drivability—and reliability—of the model. Solid values can also be attributed to Pardo’s artful styling, one that captures the essence of Ford’s racing icon without any hint of retro-kitsch. In other words, it’s an enduring design.

Arguably the first modern supercar from the US, the Ford GT was built up from a lightweight aluminum space frame with aluminum bodywork; notably a passenger cell bookended by two clamshells. Mounted mid-rear is a 550 hp, 5.4-liter V-8—with the aforementioned supercharger—mated to a Ricardo six-speed transaxle. The power-to-weight ratio and exceptional balance make the Ford GT, weighing in at less than 3,500 pounds, a rewarding car to drive, and a reminder that the more analog a vehicle is, the more fun it can be.

Many colorways were offered—most with racing stripes—including the GT Heritage Edition, which was liveried in Gulf Oil motorsport colors and of which 346 were made. This all-black example, however, is particularly stealthy, with forged aluminum wheels punctuated by grey-painted calipers. And the black-leather interior features a McIntosh sound system, one of the few options that could be selected. Delivered new to Mel Clayton Ford in Santa Barbara, Calif., the car shows fewer than 2,000 miles.