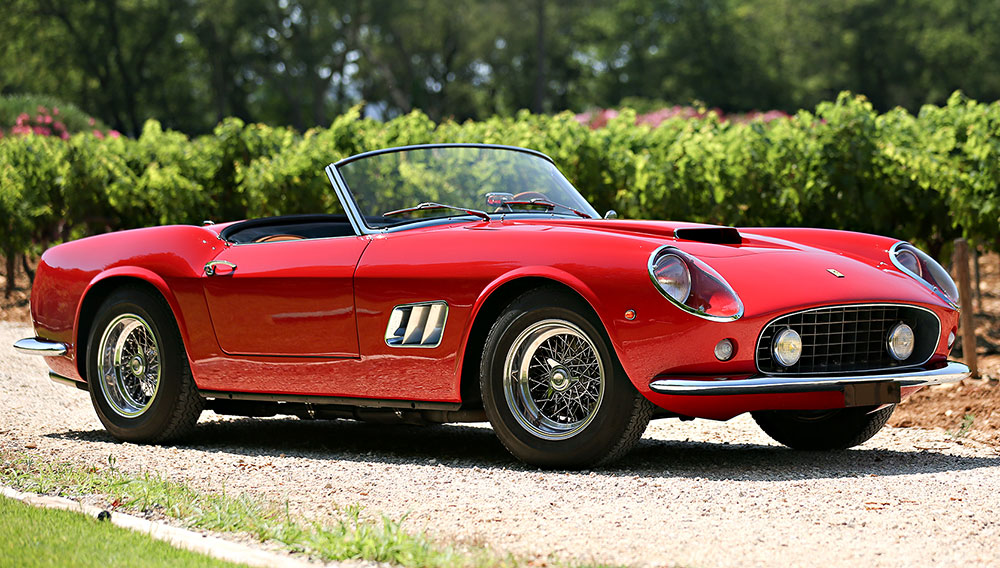 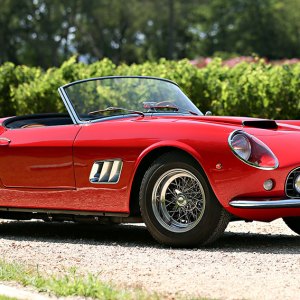 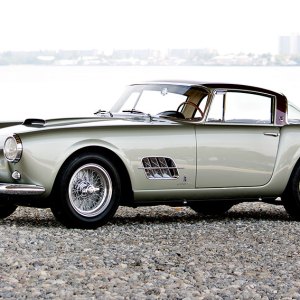 During its auction at this month’s Pebble Beach Concours d’Elegance—taking place August 15 and 16—Gooding & Company’s 1957 Ferrari 410 Superamerica Series II Coupe may be expected to fetch about a third less than the auction house’s big ticket 1961 Ferrari 250 GT SWB California Spider (valued at $16 milllion to $18 million), but in many ways the Superamerica is the more interesting car.

Exclusive to the extreme, the big Ferrari Superamericas were limited in production and cost double that of other Ferraris, making them attainable only to Ferrari’s best and most prestigious customers. Even then, the 410 Superamerica, which was the fastest road-going sports car in its day, proved too much to appeal to everyone’s taste. At the heart of the Superamerica was a 4.9-liter V-12 engine, derived from an Aurelio Lampredi design that was bigger and more exotic than the characteristically powerful V-12s that his predecessor, Gioacchino Colombo, had designed. In the purposeful Pinin Farina body, the monster could top 150 mph.

This particular model, chassis 0717 SA, is one of only six short-chassis models, and it was originally sold to a member of the Iranian royal house, before coming to America and enjoying illustrious concours wins at Pebble Beach in the late 1970s. It has since been restored under its present ownership, and is estimated at $5 million to $6 million. Proceeds from the sale will benefit a foundation that funds scholarships for students in need of financial aid. (goodingco.com)