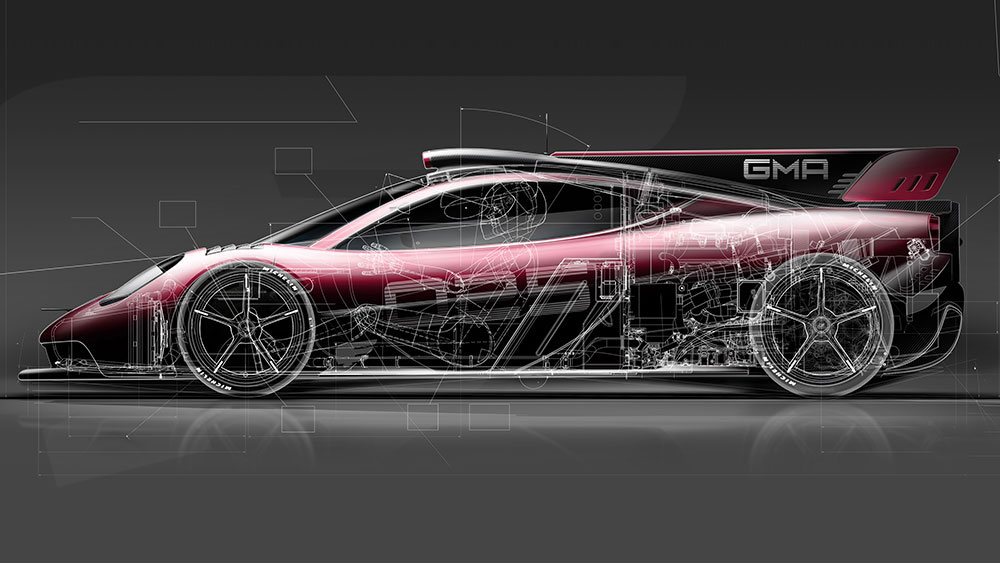 Last month, anticipation for a follow-up to professor Gordon Murray’s famed McLaren F1 was finally sated with the debut of the T.50 supercar, developed by his own boutique marque. But we should have known that the alchemist of transportation design, and winner of this year’s Robb Report Best of the Best Lifetime Achievement Award for automotive, had more up his proverbial sleeve. The magic continues with Gordon Murray Automotive’s announcement of the T.50s, a race version of an already incredibly performance-focused machine.

“We’ve thrown everything at pushing this car beyond the levels of anything that’s been done before—it’s a celebration of British engineering and our team’s extensive motorsport experience,” stated Murray in the announcement. “My love for motorsport really fueled the development of this car.”

For Murray, that race experience includes designing cars responsible for 22 Grand Prix victories and two Drivers Championship titles. But until now, his benchmark has been the McLaren F1, first disrupting the supercar scene in the 1990s. Like its predecessor, the street-legal T.50 also features the F1’s famed three-seat configuration—with the pilot sitting center—and the vehicle’s rear-mounted ground-effect fan.

The T.50s edition, however, incorporates substantial changes to the T.50 model. These include a weight reduction of more than 207 pounds—bringing the total to only 1,962 pounds—and a bolstered power plant, the naturally aspirated Cosworth GMA V-12—maxing out at 12,100 rpm—now making 720 hp. According to Murray, “more than 50 components have been changed in the engine alone.”

But perhaps most impressive are the further aerodynamic enhancements that have been incorporated, most noticeably a new delta wing measuring 69.2 inches in width. This, in conjunction with the 15.7-inch fan, a new aero fin along the top of the car and extending to the back, an underbody aerofoil and host of other elements contribute to the generation of nearly 3,307 pounds of downforce. In the official statement, Murray claims: “The aerodynamics are so effective that the T.50s would be capable of driving upside down, and could do so at as little as 175mph.”

The measures taken for motorsport demanded that the cockpit be pared to a bare minimum, no extraneous amenities and only a single passenger seat. And as this car is intended to be campaigned, Murray will be offering a suite of racing support services and is even considering the formation of a new series in the GT1 category that the T.50s can compete in.

While the $3 million T.50 will see a run of 100 units (all presold), only 25 examples of the roughly $4 million T.50s will be made, with production slated to start in early 2023. After that, who knows what Murray will conjure up next? If the man behind the McLaren F1 has taught us anything, it’s that resting on laurels is not in his wheelhouse.