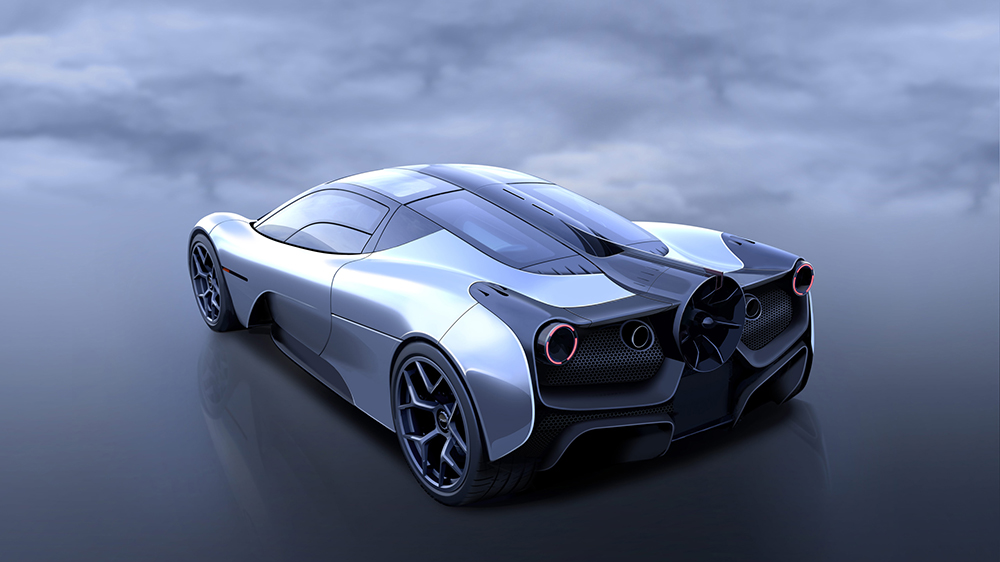 The automotive industry may have embraced its electric future, but that doesn’t mean the traditional gas-powered car is dead just yet. And legendary car designer Gordon Murray, for one, is doing his part to keep the combustion-engine hypercar alive just a little bit longer.

Though we’ve known about Gordon Murray Automotive’s T.50, the spiritual successor to the McLaren F1, for months now, it wasn’t until Tuesday that we finally got a good look at the new vehicle. And based on the first tantalizing image, Murray hasn’t lost a step after a half-century spent designing some of the world’s fastest cars.

Meant to celebrate his 50 years in the industry, the T.50 looks as if it will have a curvaceous design reminiscent to the designer’s most famous creation, the F1. But the most noticeable aspect of the vehicle is the giant 16-inch fan that juts out of the rear like a giant rocket engine. It’s not just for looks, either, as the fan will works with two moveable rear spoilers to provide six aerodynamic modes: High Downforce, Streamline, Vmax, Test and two that work without driver input, Auto and Braking.

Inspired by one of Murray’s previous “fan cars,” the Brabham BT46B Formula One race car, the vehicle will utilize a 48-volt electric van to rapidly accelerate the air passing underneath the car and force it through active elements on the rear diffuser. Then, depending on the aerodynamic mode, the fan and conventional ground effect system combine to increase downforce or reduce drag.

In addition to fan-assisted aerodynamics, the three-seater is expected to feature a six-speed manual transmission and a Cosworth-designed 3.9-liter V12 capable of producing 650 hp and 12,100 rpm. When it was first announced in the summer, Murray said he aimed to create the ultimate driver-focused supercar at a time when more and more aspects of driving are being turned over to computers.

Gordon Murray Automotive plans to unveil the finished T.50 late next year, with deliveries scheduled to start in 2022. Expected to be priced at $2.5 million, the car will be limited to 100 road and 25 track-only versions. Distribution of the hypercar will be exclusively handled in North America by Canepa.