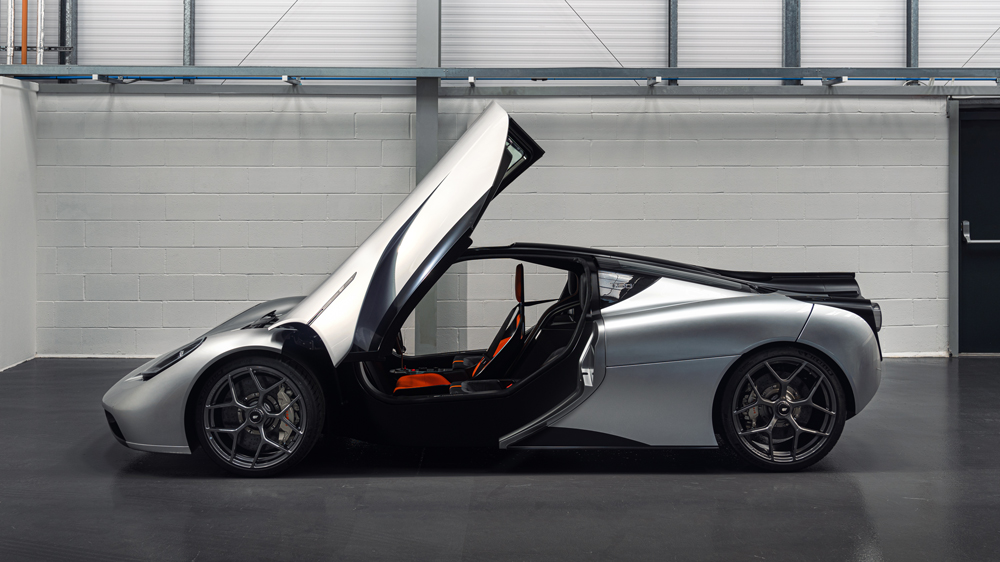 One of the most eagerly anticipated hypercars in decades has finally broken cover. Gordon Murray Automotive’s T.50 is the first car that the maestro has made under his own name, and is the sequel to his seminal McLaren F1 of 1992—acclaimed by many as the greatest sports car ever made.

The full, extraordinary specification and photography of both the exterior and the cabin have just been released, but Robb Report has already had a preview of the T.50 at Murray’s headquarters in Surrey, England, and has spoken at length to the world’s greatest living car engineer about his new creation for a story in the September issue.

Gordon Murray believes the T.50 improves on all aspects of his earlier McLaren F1.  Photo: Courtesy of Gordon Murray Automotive.

Despite the travel restrictions imposed by Covid-19, all but a handful of the 100 examples to be made have already been reserved, with Murray giving clients Zoom tours of the secret new car over the past few months.

With a McLaren F1 now selling for up to $20 million, the T.50 is already an investment-grade supercar—and its $3 million pre-tax price hasn’t been an issue. Murray says that a “significant” number of T.50 customers already have at least one F1, or sold one, and now can no longer afford to buy it back.

The T.50 name marks both the 50th complete car design—or “type”—from Murray’s pen and his half-century as an engineer. The vehicle closely follows the template that made the F1 the benchmark supercar, with a central driving position and two passenger seats in an arrowhead formation.

Following the format of its ’90s predecessor, the model has a bespoke, naturally aspirated V-12 engine and a six-speed manual gearbox, and thus runs counter to the current trend for electric hypercars. And as with the F1, Murray has refused to set targets for acceleration or top speed, simply promising us that the effect of as much as 700 hp acting on just 2,173 pounds—half the mass of some of its rivals—will make the T.50 “blindingly quick.”

Murray now says he was dissatisfied with the steering, braking, headlamps and air-conditioning of the F1, but with the T.50 he claims to have fixed the problems of a car many saw as perfect. The F1 had two high reinforcing tunnels which ran on each side of the driver’s seat, making access inelegant. However, advances in carbon-fiber construction mean the T.50’s monocoque chassis is twice as stiff as its forebears and can have a flat cabin floor. Murray thought that the F1’s external surfacing lacked form, so the T.50’s curves are more voluptuous. Access to the twin luggage compartments on either side of the engine is now via a pair of dramatic gullwing covers, instead of hatches which flopped outwards towards the knees.

The T.50’s ground-effect fan is mounted in the middle of the rear grille.  Photo: Courtesy of Gordon Murray Automotive.

And most dramatically, there’s a large ground-effect fan mounted in the middle of the rear grille which echoes Murray’s brilliant, game-changing—but banned—Brabham BT46B Formula 1 car of 1978. This iteration sucks the T.50 to the road with more than double the force of the F1’s aero package.

The first T.50 builds begin in January, 2022. If you want to be one of the lucky hundred coming to Surrey for a bespoke cabin fitting and to meet Murray in person, you’d better be quick.