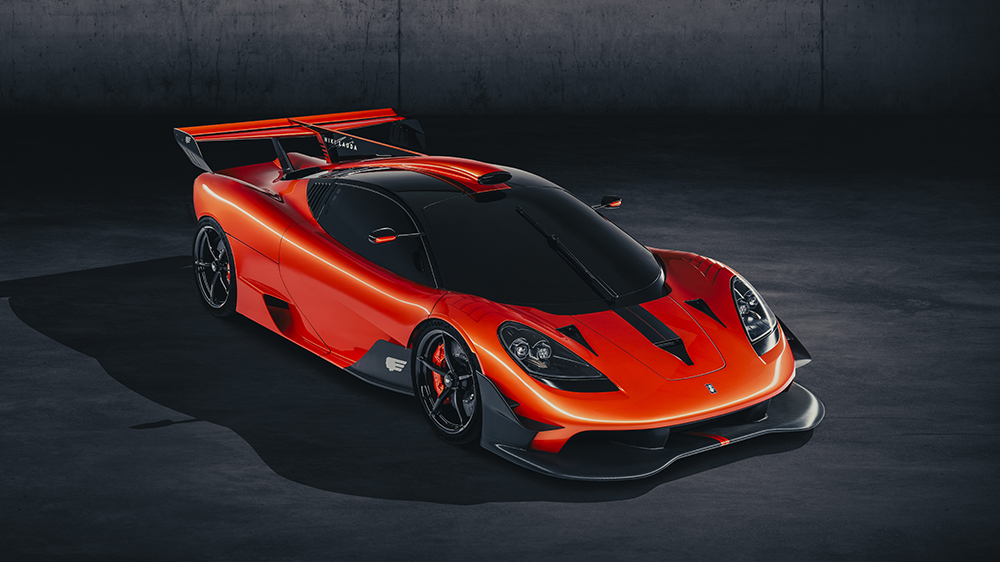 Gordon Murray’s much ballyhooed T.50 hypercar won’t be here until next January, but that hasn’t stopped the legendary designer from announcing a new model named after late Formula 1 legend Niki Lauda.

Unveiled on what would have been the race car drivers 72nd birthday, the T.50s Niki Lauda is designed, appropriately enough, for the track. And while it may look just like its road-going sibling, Murray’s latest automotive confection brings more power and an even lighter curb weight.

Since the T.50 is heavily inspired by the designer’s most famous creation, the McLaren F1, you’d be forgiven for assuming that that the T.50s Niki Lauda would be influenced by the McLaren’s track-only variant, the F1 GTR.  But that assumption would be wrong. Murray’s new hypercars were designed and developed alongside one another—spiritual siblings but distinct vehicles.

Since the T.50 was first announced, Murray made clear he was more focused on driver experience than performance specs. Track driving, of course, is different, and it seems that this time the marque has put its effort into building the most powerful vehicle possible. The T.50s Niki Lauda is powered by a naturally aspirated, Cosworth-designed 3.9-liter V-12 which combines with a roof-mounted, high-performance RAM induction airbox to deliver 725 hp and 358 ft lbs of torque. It can also rev at 12,100 rpm.

Those impressive figures mark are an increase of 71 horses and 14 ft lbs of twist over the street-legal T.50, significant bumps that can be attributed to revised cylinder heads and camshafts, as well as to a higher compression ratio of 15:1. The vehicle’s mighty mill is mated to an automatic Xtrac Instantaneous Gearshift six-speed paddle shift gearbox, which won’t thrill the purists but can still be used to push the car up to 210 mph (a top speed has yet to be announced for the T.50).

More power usually means more weight, but not this time. The T.50 tips the scales at 2,174 pounds, but the T.50s Niki Lauda is even lighter, weighting in at just 1,878 pounds. The two cars are built on the same carbon-fiber monoque chassis, but all the track-focused model’s carbon-fiber body panels are entirely unique. Despite this, the chassis was constructed using advanced part-binding technology to ensure structural rigidity. The car’s windows and screens have also been glazed to reduce weight.

The Niki Lauda edition also features a significantly more dramatic aerodynamics package. The added elements include a large front splitter and an equally prominent rear diffuser. A Le Mans car-style longitudinal fin also extends from the roof of the driver’s cabin back to a giant rear delta wing inspired by Murray’s 1983 Brabham BT52 Formula One car.

The interior cabin has also been given a minimalist makeover. The T.50’s three seats have been replaced by a single racing seat with a six-point harness. Other than that, the only real features are a carbon-fiber steering wheel and a single screen that will display only the most critical driving information, to make sure you’re not distracted while out on the track.

As you might expect, the T.50s Niki Lauda will be even more exclusive than its limited-edition sibling. Only 25 of the track-focused model will be built, and 15 have already been spoken for. The marque’s second car will cost $3.4 million, with production expected to begin in January 2023, once the T.50 production run has been complete.