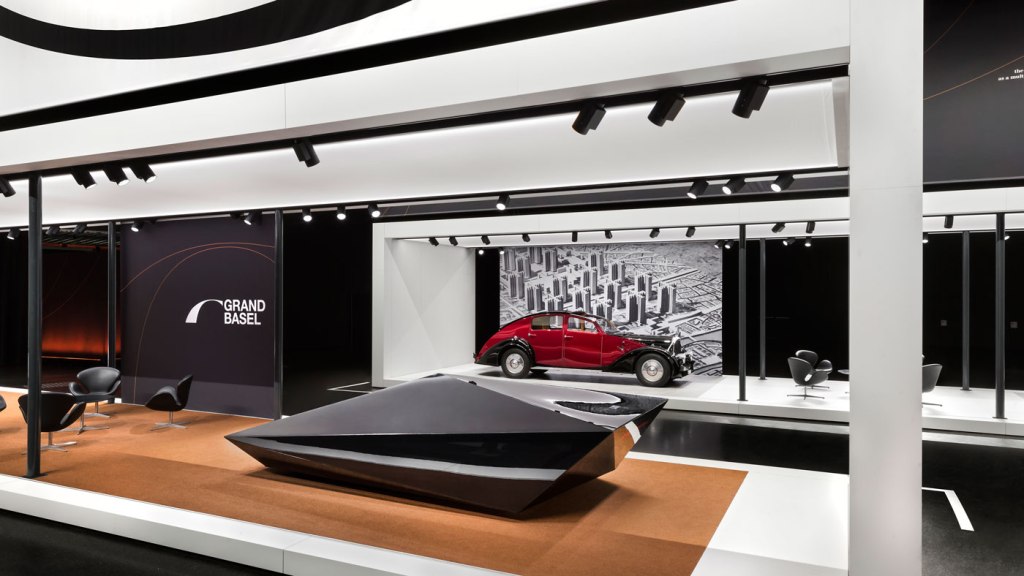 Since 2002, art aficionados from around the globe have flocked to sunny South Florida each December for the annual see-and-be-seen Art Basel Miami extravaganza. Now the Swiss powerhouse behind Art Basel wants to do the same for high-end collector cars by creating a new annual automotive gallery it’s calling Grand Basel Miami Beach.

A juried collection of 200 top classic and contemporary cars will go on display at the Miami Beach Convention Center—currently undergoing a $620 million renovation—between February 22 and 24, 2019. And like the examples at Art Basel, the majority of the crème de la crème automobiles being displayed will have a “for sale” sticker on them.

“Grand Basel is not just another car salon or concours,” says Mark Backé, director of the event. “It will be the first global show for some of the world’s most important and valuable automobiles of the past, present, and future.”

To secure a spot at Grand Basel, auto manufacturers, dealers, brokers, and collectors will have to submit requests to the organizer. The final lineup will be evaluated and selected by a jury headed up by Paolo Tumminelli, a design and culture professor at Germany’s University of Cologne.

Tumminelli and his team also plan to pull together a number of concept cars, prototypes, and one-offs for display and schedule panels and forums with key automotive experts to discuss them.

Grand Basel will be the first car show for organizer MCH Group, headquartered in Basel, Switzerland. In addition to staging the signature Art Basel shows in Basel, Miami, and Hong Kong, it also runs the highly influential Baselworld watch expo along with Masterpiece London, a high-end antiques and jewelry show.

To introduce the Grand Basel concept, MCH plans to host the first one in its hometown from September 6 to 9. Also in the works is a Grand Basel Hong Kong event.

Providing a taste of what Grand Basel is about, MCH recently commissioned a short film that explores the emotional impact of the automobile and features British actor and passionate car enthusiast Idris Elba. In it, Elba drives a number of rare classics—including the one-off 1931 Alfa Romeo 6C 1750 GS Zagato and 1978 Lancia Sibilo Bertone—around Fiat’s iconic Lingotto rooftop test track in Turin.