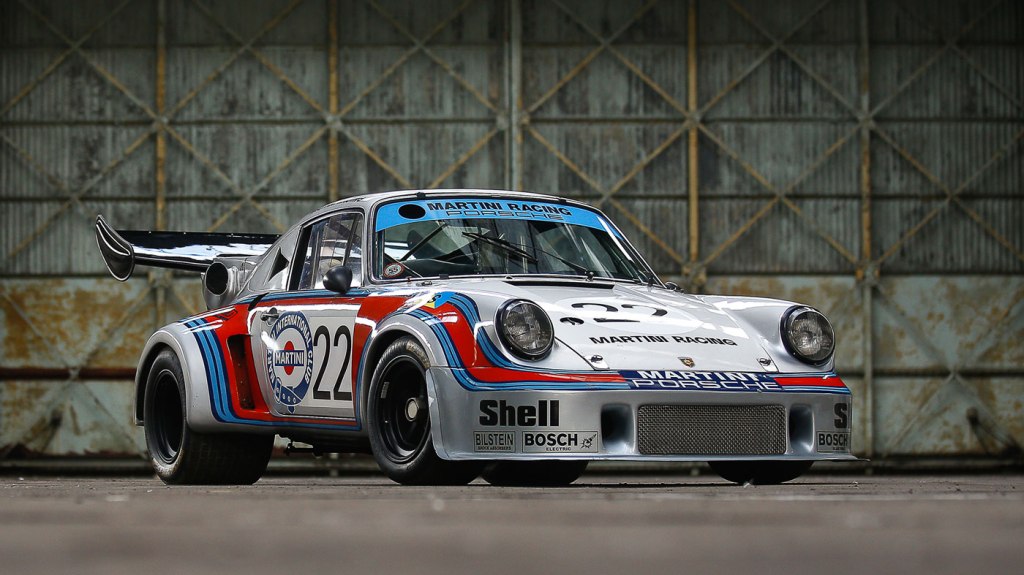 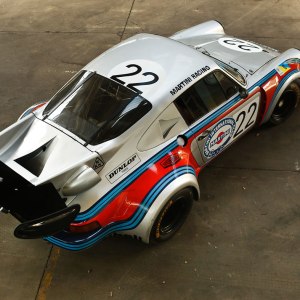 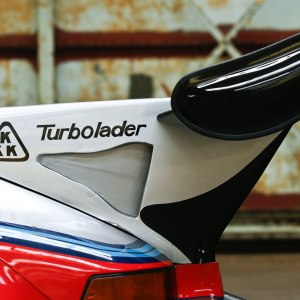 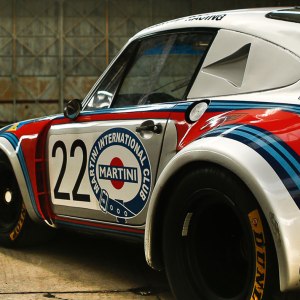 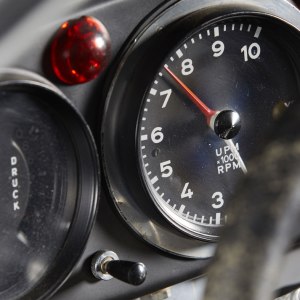 As a collector car, the 1974 Porsche 911 Carrera RSR 2.1 Turbo known as R13 is a grand slam. It’s in great condition and has most of its original parts; it’s an example of an extremely rare model; the model is historically significant because it represents a technological turning point for the marque; and R13 boasts an impressive track record.

For these reasons, Gooding & Company has tagged the car with a presale estimate of $6 million to $8 million heading into the company’s annual Amelia Island Auction, which takes place March 9 at the Omni Amelia Island Plantation in Florida.

“It’s essentially an unrestored car,” says Gooding & Company senior specialist David Brynan, a Porsche expert. “It’s pretty much as it was in 1974, and that’s unusual with a competition car.”

This 1974 Porsche RSR Turbo is expected to fetch up to $8 million at auction.  Photo: Courtesy Gooding & Company.

One of only four examples of the RSR Turbo, R13 is painted in the silver-red-and-blue livery of the Martini & Rossi–sponsored factory racing team. This is the same color scheme the car sported when it placed second overall in the 1974 24 Hours of Le Mans. A month later, R13 placed second overall at the 6 Hours of Watkins Glen.

“It was a Group 5 entry, which was the highest level of FIA [Federation Internationale de l’Automobile] racing at the time,” says Brynan. “The cars that it was directly competing against were fully enclosed Formula One–type cars. It was a car essentially built from a production model competing against cars that were designed from the ground up to be full-on competition cars. The fact that it came in second at Le Mans is pretty incredible.”

More significant than R13’s finish at Le Mans is it place in Porsche history. It was the first production-based racecar that Porsche equipped with a turbo engine. Its success on the track paved the way for Porsche to begin producing turbo-powered 911 road cars and their racing counterparts, beginning with the road-going 930 and 934 racer in 1976.

“This was the beginning of a new era for the company, because the RS Turbo was the first turbocharged 911-based—or GT-based—racecar,” says Brynan. “You can point to pretty much any Porsche turbo down the line, and it was influenced by this car.”

R13 was the fourth of the quartet of RS Turbos that Porsche built. One is in the Porsche Museum in Stuttgart-Zuffenhausen, and the rest are owned by collectors. Six years ago, Gooding & Company conducted the sale of the second RS Turbo, dubbed R9. It also was adorned with the Martin & Rossi livery and posted two top-10 finishes for the Porsche factory team during the 1974 season. The car sold for $3,245,000 at the 2012 Amelia Island Auction, fetching nearly $1 million more than the high end of its presale estimate.