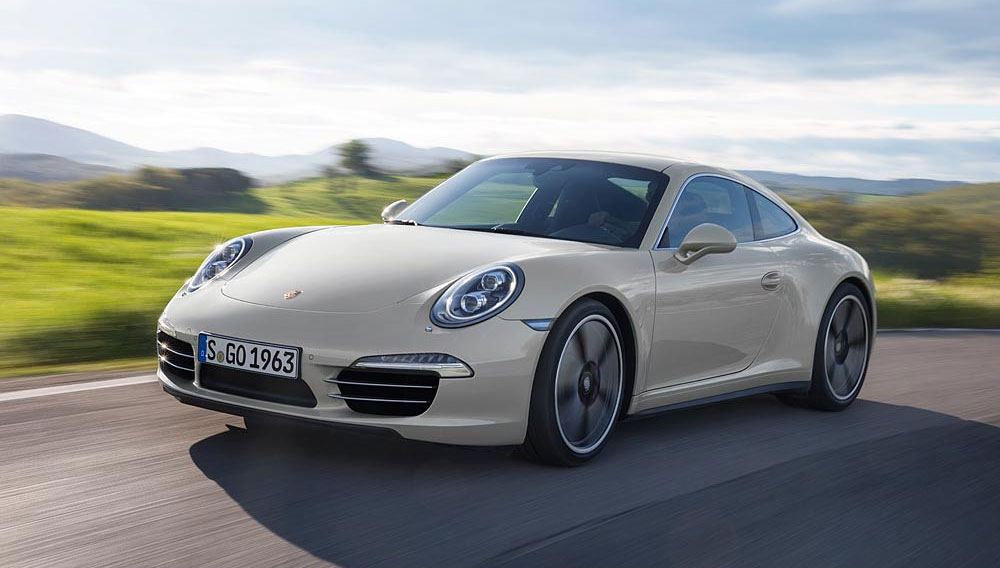 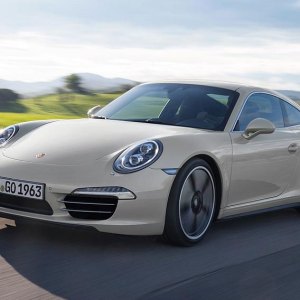 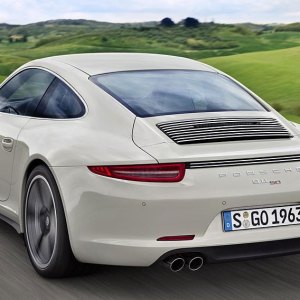 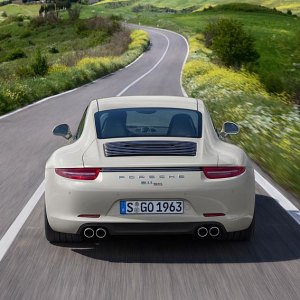 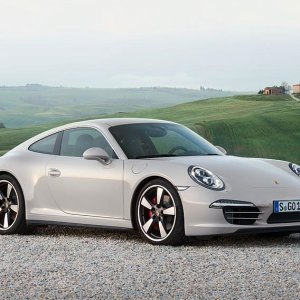 A half century ago, Porsche presented the successor to the venerable 356 coupe in the form of the all-new 911 at the Frankfurt Motor Show. This flat-six rear-engine sports car would go on to become a legend in its own right. To mark this milestone, Porsche will bring the 911 50th Anniversary Edition to Frankfurt in September and then begin a production run of just 1,963 units, in honor of the year the car was introduced.

The anniversary model is based on the wide-body chassis reserved for the all-wheel-drive Carrera 4 model and has the drive train of the rear-drive Carrera S. The 3.8-liter six is equipped with the optional Powerkit engine-management system, which boosts output from 400 hp to 430. According to Porsche, the 7-speed manual accelerates to 60 mph in 4.2 seconds, while the 7-speed PDK dual-clutch automatic turns the trick in 3.8. Top speeds are 186 mph for the former and 185 mph for the latter.

In addition to the 50th-anniversary badges on the exterior, the interior—which comes in agate gray or black with decorative stitching—features patterned cloth inserts on the leather-trimmed sport seats that recall the Pepita tartan design of the 1960s. The instruments feature green labeling, white pointers, and silver caps on the needle pivots, recalling the original car—which incidentally was introduced as the 901 but later renamed 911 when Peugeot protested that the original model number duplicated part of its naming convention.

The Porsche 911 50th Anniversary Edition will be available this fall at U.S. dealers with a sticker price of $125,050, including destination. (www.porsche.com)