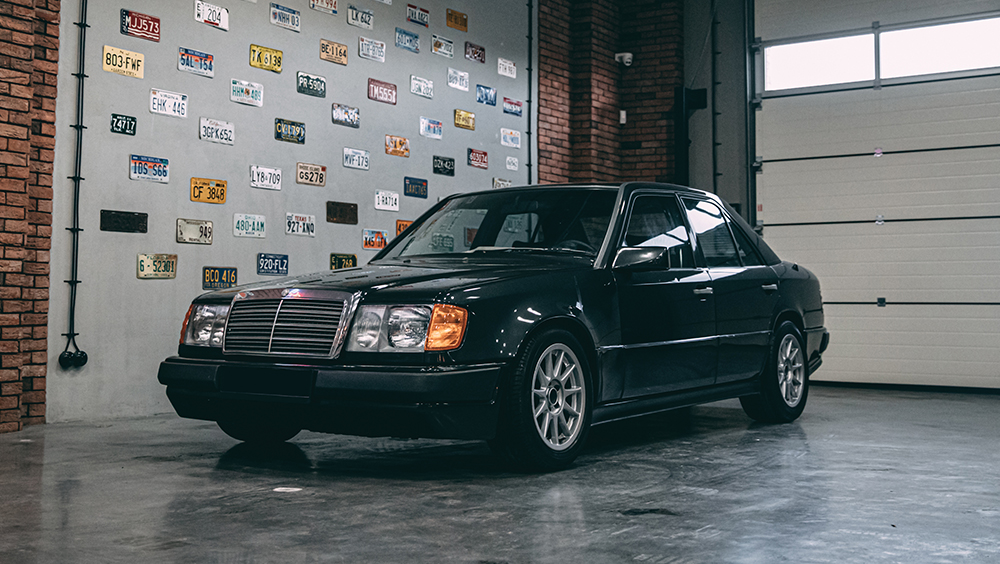 For some auto enthusiasts it’s next to impossible to choose between Mercedes-Benz and BMW. But thanks to a one-of-a-kind “Frankenstein” car from defunct German tuners Hartge you don’t need to. That’s because the shop got the bright idea to modify a Mercedes-Benz 300E by outfitting it with a BMW engine back in the day.

Now the results of this experiment, the 1988 Hartge F1, is going up for auction in June as part of RM Sotheby’s annual Essen sale event. And for lovers of exclusive one-offs and German automotive excellence, it’s hard to think of a worthier car to add to your collection right now.

Though it’s no longer around today, Hartge developed a cult following in ‘80s and ‘90s for their wild custom jobs, frequently outfitting cars with engines you wouldn’t expect to find in a vehicle of their stature, according to BMW Blog. Most of these projects involved BMWs, but the meticulous shop was more willing to try something new in the name of pushing the limits.

The Hartge F1 was one of the shop’s bolder projects, in which a W124-generation Mercedes-Benz 300E was radically reimagined with some serious BMW flavor. This involved replacing car’s original motor, which was capable of producing a none-too-shabby 180 horsepower, with one of BMW’s M88 engines. A fixture of the automaker’s more performance-oriented vehicles, the motor was paired with the manual transmission from a E24-genertion 6 Series. The resulting powertrain features 150 more horses than before, bringing the car’s total to a robust 330.

Though it looks to be in solid condition, the metallic gunmetal grey car looks like it could use a little work. Still, the auction house lists the vehicle as being a “fantastic restoration opportunity,” and considering the rarity and story behind it, it’s hard to disagree.

The Hartge F1 is scheduled to hit the block at RM Sotheby’s Essen event, which is currently scheduled for June 24 to June 27. The sale has already been delayed once before because of the Covid-19 outbreak, so it’s unclear whether the date will hold, but the auction house has shown a willingness to move things online when necessary. Check the Sotheby’s website for updates.