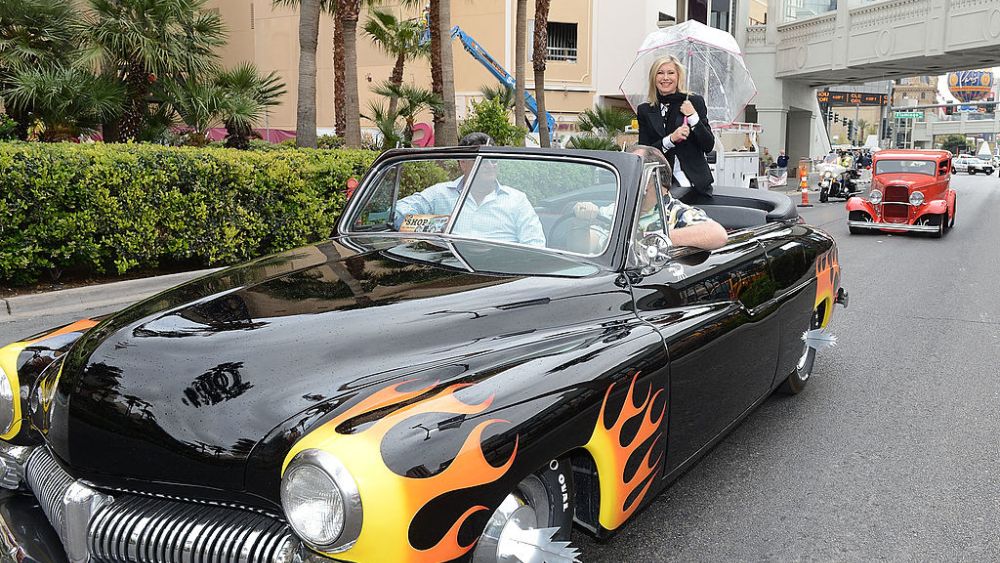 In the wake of Olivia Newton-John’s passing on Monday, at the age of 73, it’s no surprise to see Grease and its memorabilia get renewed attention. Indeed, one of the classic movie’s most memorable props—consigned months before the singer’s death—is now headed to auction complete with her autograph.

The famous 1949 Mercury hot rod featured in the 1978 musical will be sold on August 20 at a Mecum Auctions event in Monterey, California. The custom coupe was built by the legendary Eddie Paul and used in the unforgettable Thunder Road drag race at the Los Angeles River Basin. During one of the film’s most memorable scenes, Danny Zuko (John Travolta) takes on his rival Leo “Craterface” Balmundo (Dennis Stewart) from behind the wheel of “Greased Lightning,” a 1948 Ford De Luxe convertible. Balmundo, on the other hand, drives “Hell’s Chariot,” a black convertible with yellow flame paint job for the high-speed chase.

The vehicle was created to be as menacing as its Scorpions leader and features hubcaps with spinning blades attached. Though they did a number on Greased Lightning, spoiler alert, it ultimately wasn’t enough to keep Zuko from winning the race and the girl.

Today, the car still maintains its original 255 CI flathead V-8 engine and 3-speed manual transmission with Touch-O-Matic overdrive, as well as “Scorpions” stickers on both doors, Firestone Wide Oval tires and 1950 Mercury grill. A later addition was an autograph from Olivia Newton-John, who starred opposite Travolta as Sandy Olsson, on the dash. It carries a pre-auction estimate of $600,000 to $750,000.

In addition to appearing in the Paramount film, Hell’s Chariot was used during the opening scene of “Grease Live” and has made several appearances in ad campaigns and TV shows. Most notably, Newton-John was paraded around in Hell’s Chariot during the grand entrance of her 2014 Las Vegas residency “Summer Nights.” The Australian singer and actress died on Monday, August 8 from complications from cancer.