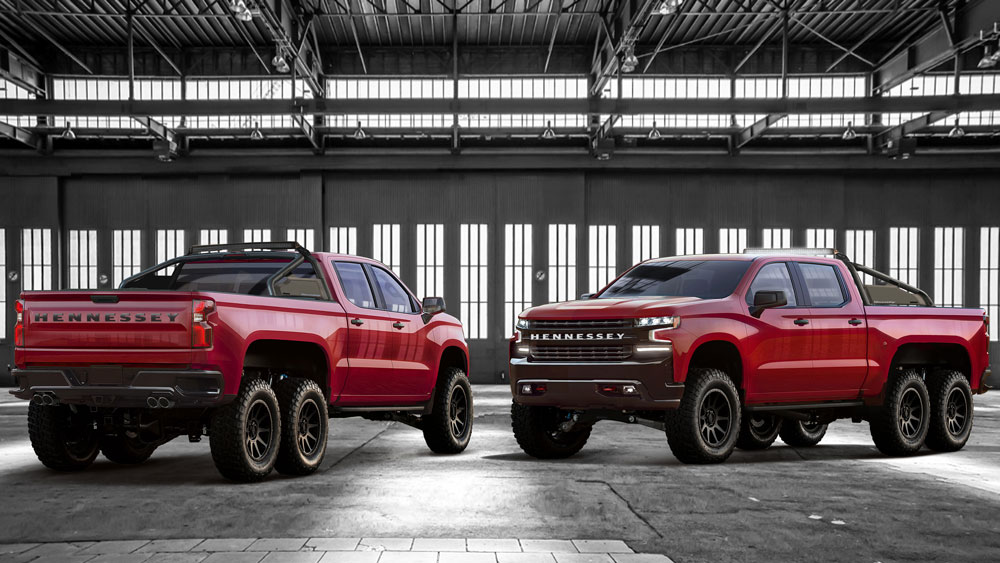 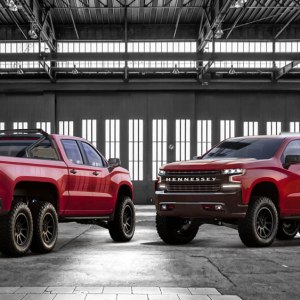 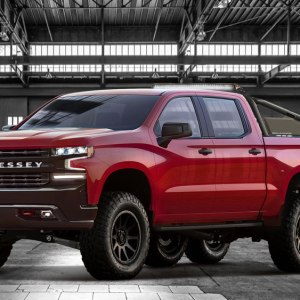 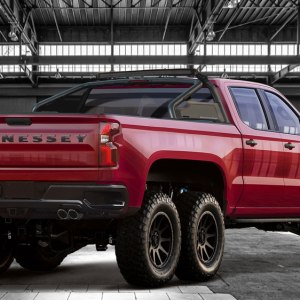 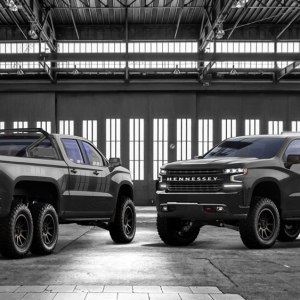 Hennessey Performance has built some incredible machines over the years, turning American sports cars and muscle cars into souped-up supercars. Currently, the shop is responsible for developing the Venom F5, which, when ready to run, will attempt to be the fastest production car in the world by surpassing the 300 mph mark. However, Hennessey is based in Texas, so, based on the hackneyed saying alone, it should be no surprise that it also works on big vehicles—gigantic ones, in fact.

The newest of these monsters is the Hennessey Goliath 6X6, the second six-wheeled truck the company has produced following the success of the Velociraptor, which was based on the Ford Raptor pickup truck. The new Goliath, on the other hand, is based on a 2019 Chevrolet Silverado—specifically the Trail Boss Z71 model.

In the interest of beefing up the truck’s power, Hennessey swapped the truck’s standard 6.2-liter V-8 engine for the company’s own HPE700 Supercharged engine, which produces 705 hp at 6,200 rpm and an asphalt-tearing 675 ft lbs of torque. The shop also offers a stroker engine upgrade (essentially increasing the length the piston travels) that boosts hp to 808. Even though the Hennessey truck is heavier than the base model, it is still expected to have a zero-to-60 time in the mid four-second range.

Of course, Hennessey had to add an additional axle, wheels, tires, and brakes to covert the truck into a 6×6. It’s also equipped with a new rear suspension, an eight-inch lift kit, a custom truck bed, a rollbar upgrade, 20-inch wheels, and 37-inch wheels for off-roading—which anyone who buys this truck should be doing plenty of.

Production will be limited to just 24 vehicles worldwide. The 2019 Goliath 6X6 starts from $375,000, but that price also includes the cost of the base vehicle.