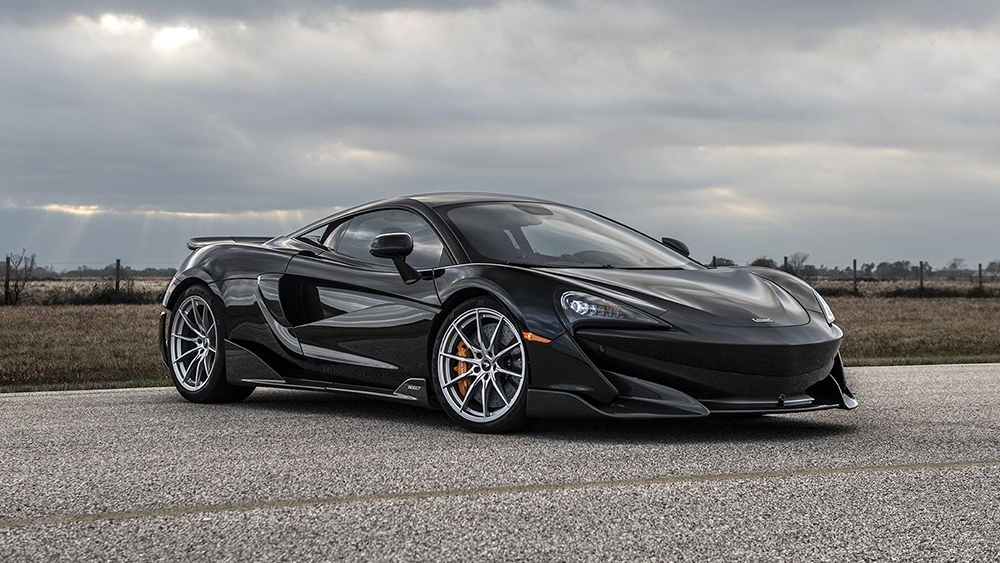 Bigger is always better, right? And everything is bigger in Texas. Which explains John Hennessey’s heroic decision to take the 592 hp McLaren 600LT and cram another 400 ponies in there to get it up to 1,000. (Hennessey Performance is proof America is already great, right?)

Hennessey, who was the first customer in the United States to take delivery of a 600LT, told Top Gear that he bought the 600LT “for the same reason I bought a new Ford GT: to give our team a solid benchmark for our Venom F5,” his custom-made, 1,600 hp, 301 mph hypercar. “I think that McLaren is building the best supercars in the world right now,” he said. In fact, he originally thought the newest Sports Series stock coupe from Woking was so brilliant that he had no plans to alter it. After some stints behind the wheel, he decided, “it’s so good the only thing that it’s asking for is more power.” A man after our own hearts.

Thus, there will be three upgrade stages offered for the Hennessey 600LT. The first is a sedate bump up to 708 hp, which’ll get your zero-to-60 time down to 2.6 seconds. The next is an 805 hp option, which shaves another 0.2 second off the launch, and the last is the one that everyone will opt for, the HPE1000. That’s good for 1,000 hp, 865 ft lbs of twist, and a face-rearranging 2.1-second launch, with the capabilities of obliterating a quarter-mile in 9.6 seconds at 156 mph.

That prodigious HPE1000 kit also features high-flow air filters, bespoke stainless steel turbo headers, a high-flow wastegate setup, transmission tweaks, a new stainless steel exhaust, an intercooler upgrade, and a Motec ECU. No word on cost, but assume it’s, uh, high. But it shouldn’t be cheap if you want your amped-up 600LT to be able to keep up with the 1,035 hp McLaren Speedtail, the long-awaited F1 successor.