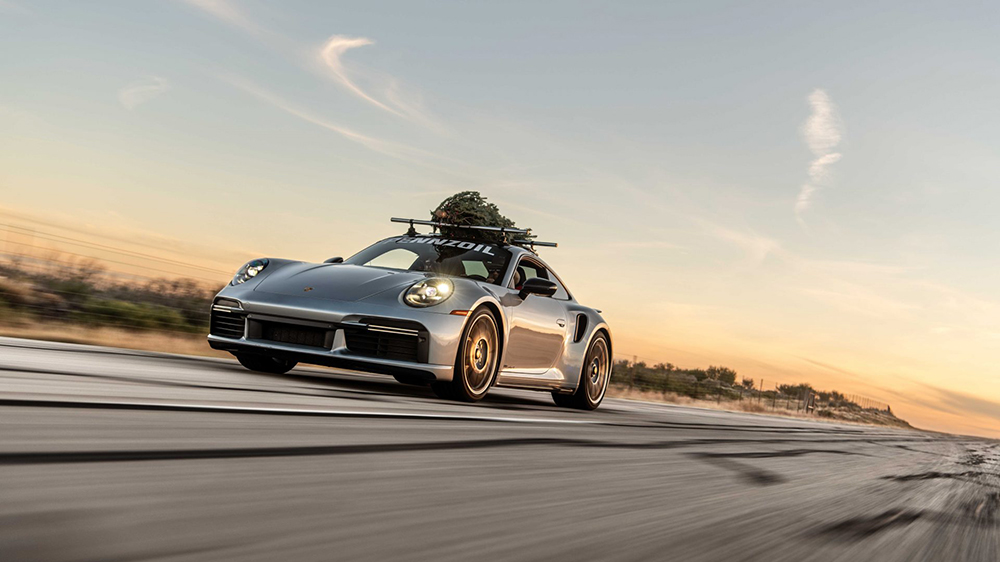 Hennessey isn’t just interested in pushing cars to their limits. It wants to do the same for Christmas trees, apparently.

As it has done every year since 2017, the Texas performance shop has strapped a Christmas tree to a high-performance vehicle to see what just how fast it can go. So, what car was chosen to take on such an important task this holiday season? Company founder John Hennessey’s personal 2021 Porsche 911 Turbo S.

This isn’t your standard 911 Turbo S, though. Hennessey decided to have some fun with the $207,000 vehicle, specifically its twin-turbocharged flat-six engine. The mill has been specially tuned so that it now pumps out a hair-raising 750 horses, 110 more than the stock model outputs. It’s unclear if any other changes were made to the car, but regardless, that’s a lot of extra oomph.

The shop got to see how effective its tuning job was when it took the car for a spin with a Christmas tree tied down to its roof rack. In a video posted to YouTube, you can see the car, piloted by race car driver Spencer Geswein, hit a top speed of 175 mph. That’s an impressive feat, of course, but the car was—surprise—even faster without the extra drag of the tree. For the first time since its holiday tradition began four years ago, the shop decided to see how fast the car was sans-tree. The answer: 207 mph.

As fast as Hennessey’s 911 Turbo S may be, it’s not the fastest vehicle to attempt the annual challenge. That title still belongs to the modified Jeep Trackhawk that attempted the task back in 2019. That SUV, which has a heavily modified 6.2-liter Hemi V-8 that pumps out 1,012 hp under the hood, managed to hit a top speed of 181 mph, beating out the 911 Turbo S by 6 mph.