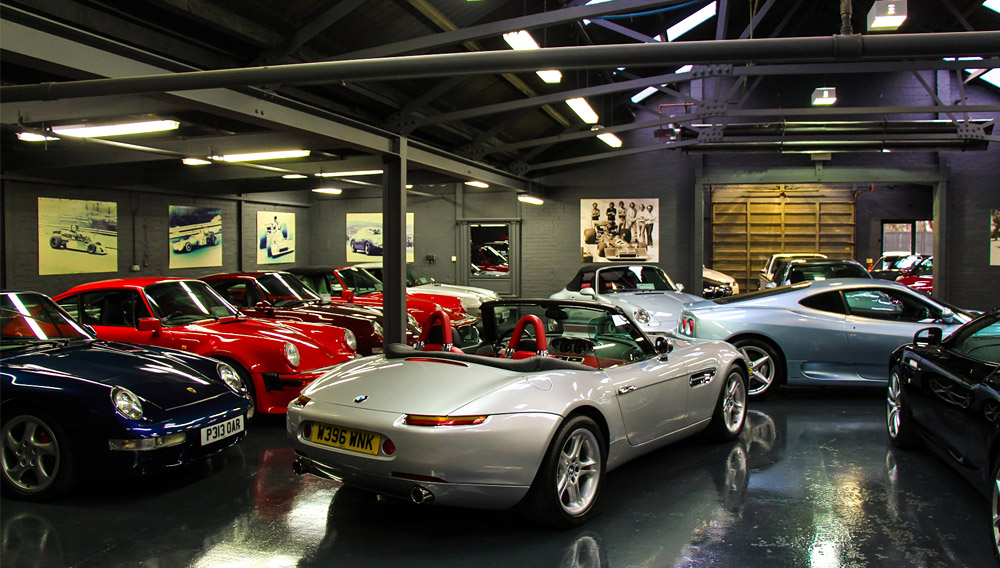 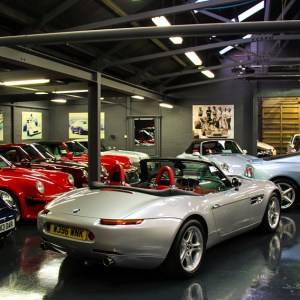 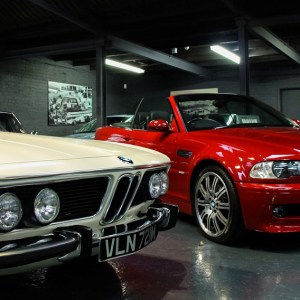 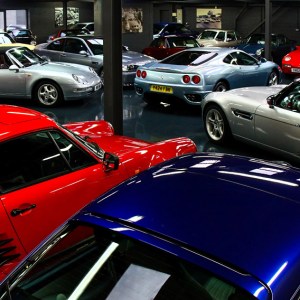 Over the last half century, North London’s Hexagon has established itself as one of the United Kingdom’s largest BMW dealerships, but company founder and chairman Paul Michaels’s true passion has always lain with classic cars. Now, in celebration of its 50th anniversary, Hexagon has announced that it will cease selling new cars to focus entirely on classic-car sales through Hexagon Classics and the newly formed Hexagon Modern Classics, which opened a dedicated showroom in Tottenham, London, earlier this year. While Hexagon Classics deals in a wide array of vintage makes and models, Modern Classics focuses its considerable expertise on buying and selling post-1970s Porsches and BMWs.

Visitors to the new showroom will find an industrial space with dark walls and metal beams that provide a stark contrast to the bright, glossy cars packing the floor. Enthusiasts can expect to see a diverse selection of Porsches, ranging from a 1970 911 Targa to a 1997 993 Turbo, and M-series BMWs, including the ever popular E30. For those just dipping their toes into car collecting, Modern Classics’ price threshold of £100,000 (about $167,000) makes it a great point of entry. If a particular car is not in its current inventory, the team at Modern Classics will utilize its vast network of contacts to source and obtain the desired vehicle. (www.hexagonmodernclassics.com)