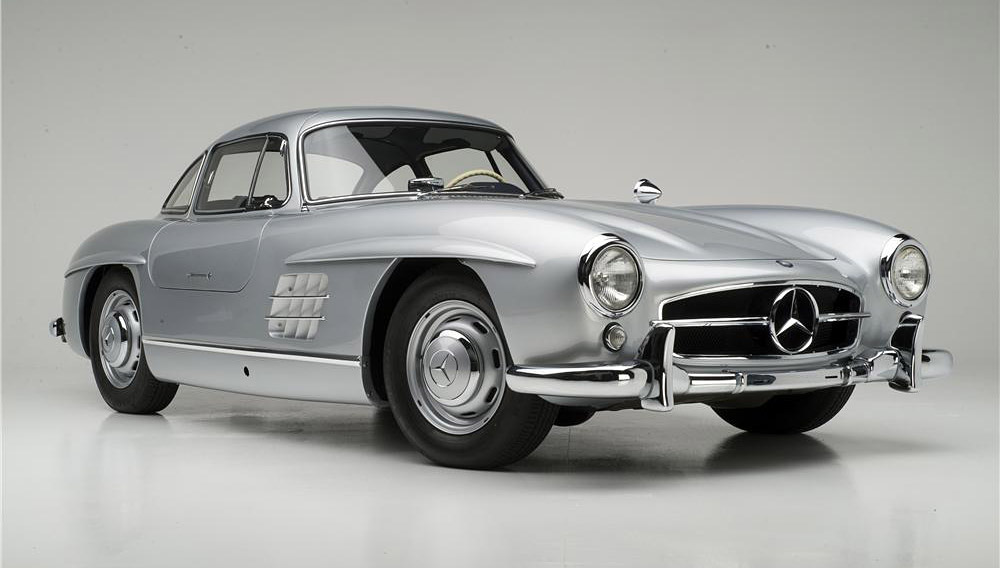 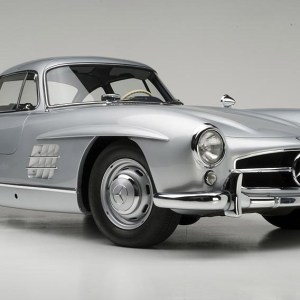 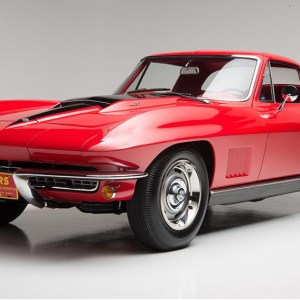 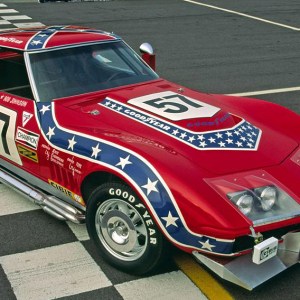 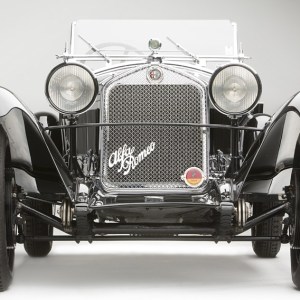 For over 40 years, the month of January has brought automotive enthusiasts to Scottsdale, Ariz., for the Scottsdale Collector Car Auction Week. At the 2014 auctions, Barrett-Jackson, Gooding & Co., RM Auctions, and Bonhams were all out in full force, with stunning four-wheel works of art up for grabs and a handful of new auction records. Gooding & Co. set 12 records this year—among them the sale of six cars above the $2 million mark and 13 cars above the $1 million mark—and sold 110 of its 117 total lots in just two days, for a total value of $49.4 million. During its sales, RM Auctions unloaded $45.5 million worth of classic cars, but the largest total-lot value was garnered by Barrett-Jackson, which sold vehicles totaling more than $113 million during its six-day auction extravaganza. Of the hundreds of rare and beautiful cars sold at the 2014 Scottsdale auctions, here is a selection of our favorites from each of the aforementioned auction houses.

The 1967 Chevrolet Corvette L88 2-door Coupe ($3.85 million) is extremely rare—only 20 were ever produced—and this one is the only red-on-red version known to exist. The price this L88 garnered at this event makes it the most expensive Corvette ever sold at an auction.

The winner of four out of five International Motor Sports Association races in 1971 and the first-place finisher in the GT1 category at the 1972 12 Hours of Sebring, this 1969 Chevrolet Corvette #57 Rebel Convertible Race Car ($2.86 million) remained the highest-finishing Corvette for the next three decades. It was not until 2001 that Chevrolet brought back the C5-R Factory Corvette to break the race records set by the Rebel Corvette #57.

This 1955 Mercedes-Benz 300SL Gullwing Coupe ($2.09 million)was originally ordered through the Mercedes-Benz dealership in Hollywood, Calif. And the original owner enjoyed the car until 1957, when he traded it back to the dealership. The second owner had it for only 18 months, but the third owner kept the car for 53 years, until Barrett-Jackson sold it in Arizona last month.

Among the most beautiful creations ever conceived by the famed Italian designer Carrozzeria Pininfarina, the 1958 Ferrari 250 GT Series 1 Cabriolet ($6.16 million) is extremely rare. This example—the 14th of only 40 Series 1 Cabriolets ever built—was outfitted with covered headlights and bumperettes. Only four previous owners enjoyed the car, and its entire history has been documented by the Ferrari historian Marcel Massini. Concours enthusiasts can expect to see this stunning example at some of the popular classic-car events in the near future.

Sometimes owning a trophy car is just as satisfying as restoring it to its race-winning glory. This 1961 Ferrari 250 GT Coupe Specialé ($2.365 million) won First in Class at the 2001 Pebble Beach Concours d’Elegance and took home the 2002 Ferrari Club of America Nationals Platinum Award.

This 1958 Ferrari 250 GT LWB California Spider ($8.8 million), chassis 1055, was completed in November 1958, and then it boarded a ship bound for New York City. The car eventually wound up in Texas. On January 7, 1962, it raced at the Osceola Grand Prix, a Sports Car Club of America regional event in Geneva, Fla. Wearing number 19 and piloted during the race by Ross Durant, this Spider placed first in its class.

Shortly after this 1954 Porsche 718 RS 61 Spyder ($2.75 million) was purchased by its most recent owner, it was fully restored by a specialist who was familiar with Porsches and racing cars in general from its era. After the completion of the restoration in the United States, the car returned with its new owner to Japan, where it resided in a collection of other significant racing cars. As with the RS 60, several RS 61s were offered to privateers in formats almost identical to those of the cars campaigned by Porsche. This particular RS 61 is one of those privateer-campaigned Spyders. Chassis 718-066 is one of the earliest RS 61 examples constructed, and it is graced with a fantastic U.S. racing history under the names of two very well-known privateers, Bob Donner and Don Wester.

According to information compiled by Marcel Massini, this 1963 Ferrari 250 GT/L Lusso ($2.448 million), chassis 5215 GT, was sold new in 1963 by the San Francisco Ferrari dealer Charles Rezzaghi. The first owner of the car kept it for 17 years and then passed it on in 1980. The following owner had the car fully restored in Scottsdale, with the body stripped down to bare metal. It was then repainted in a gorgeous shade of burgundy, and the interior was fitted with new beige Connolly leather. In 2010, the motor was pulled and every mechanical part on the car was given a matching restoration, so that the cosmetics would match the vitals that make this one of the most remarkable Lussos on the road today.

This 1951 Ferrari 212 Export Berlinetta ($3.19 million)—also known as the Tailor’s Car, because its original owner was Augusto Caraceni, the tailor, racecar driver, and heir to his family’s Italian clothier firm—is an excellent example of Ferrari’s legendary racing Berlinetta, with beautiful coachwork by Touring. While many early classics eventually need a nip and tuck from years of enthusiast driving, this example has managed to keep its original skin and vital organs intact—so much so that even battle scars from its second-place performance during the 1951 Stella Alpina Hill Climb are visible.

Coming fresh off a successfully completed run at the 2013 Mille Miglia, this Zagato-bodied 1931 Alfa Romeo 6C 1750 Supercharged Gran Sport Spider ($3.08 million) boasts a 100-point restoration, along with all the documents (and, more importantly, receipts) to prove its authenticity. If the car looks somewhat familiar, that is because it was recently shown at the Pebble Beach Concours d’Elegance, Amelia Island Concours, and Villa d’Este Concours.

This expertly restored 1966 Ferrari 275 GTB/6C ($2.64 million), with original coachwork by Scaglietti and a Pininfarina design, was brought back to its factory specs and color combination. Not a single bolt was left out of the documentation and certification process—which is part of the reason the car earned high bids during Bonhams’ record-setting event in Scottsdale.