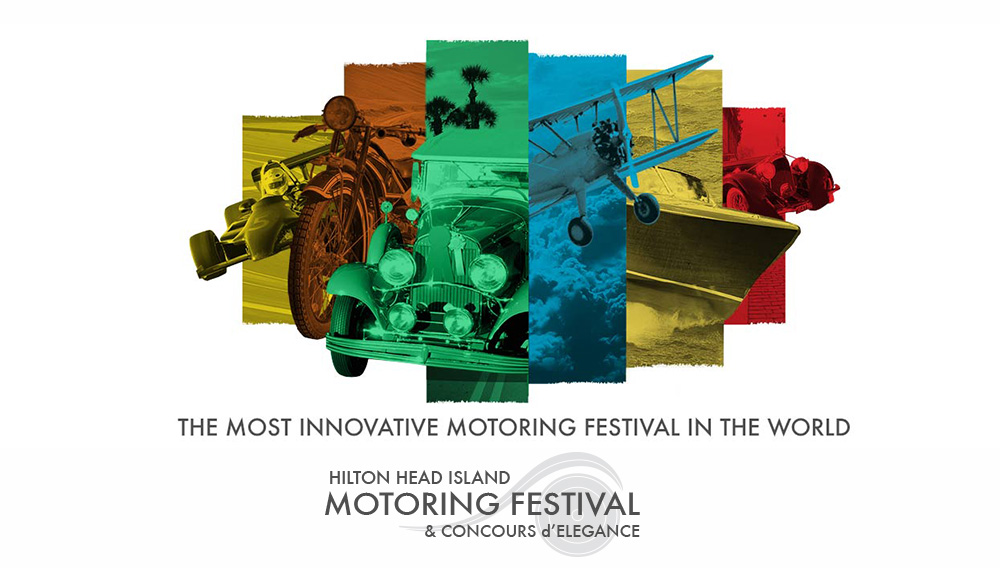 Hilton Head Island, S.C. – The 14th annual Hilton Head Island Motoring Festival & Concours d’Elegance, one of the nation’s largest and fastest-growing automotive and motorsports enthusiast event weeks, is a multi-day, multi-event gathering that showcases hundreds of wheeled, winged and hulled vehicles and honors top names in the automotive industry. For automotive, aviation, motorsports and marine enthusiasts, it’s the perfect opportunity to celebrate their passion in one of America’s most scenic locations.

Highlights of each of the Motoring Festival’s events include:

With its aviation roots, this event will celebrate the company’s many anniversaries – 20 years of manufacturing in South Carolina, 40 years in North America and 100 years of BMW worldwide – with one significant vehicle from each decade. The exhibit will include a 1937 BMW 328 (Dirk and Alexandra De Groen, Coral Gables, Florida), the second oldest BMW 328 in existence, and a 1968 BMW 1600 Cabriolet (Philip and Suzanne Capossela, Hilton Head Island, South Carolina).

“The 2015 Motoring Festival will celebrate the vehicle in its many forms across multiple events with varying themes,” said Carolyn Vanagel, president of the Hilton Head Island Motoring Festival and Concours d’Elegance. “We’re excited about the quality and creativity behind this year’s lineup.”

Top names from the automotive industry will also be participating at this year’s Festival. Manfred Erlacher (President & CEO, BMW Manufacturing), Ralph Gilles (Head of Design, Fiat Chrysler Automobiles N.V.), Lex Kerssemakers (President, Volvo of North America), Norma Saken (, The Iacocca Family Foundation) and Jay Ward (Cars Legacy Guardian, Pixar Animation Studios) will all be participating as guest judges and headlining at the Platinum Dinner on Saturday, Oct. 31 at the exclusive Long Cove Club with Dutch Mandel (Publisher, Autoweek) serving as the event’s emcee.  Tickets to the Platinum Dinner are $375 and can be purchased by calling the Motoring Festival office (843-785-7469 ext. 4)

Skip Barber, one of the leading personalities and most successful entrepreneurs in American road racing, will serve as Grand Marshal at the 2015 Savannah Speed Classic presented by Mingledorff’s, Oct. 23 – 25, 2015.

Tickets for the 2015 Motoring Festival are now on sale at www.HHIMotoringFestival.com/Tickets.