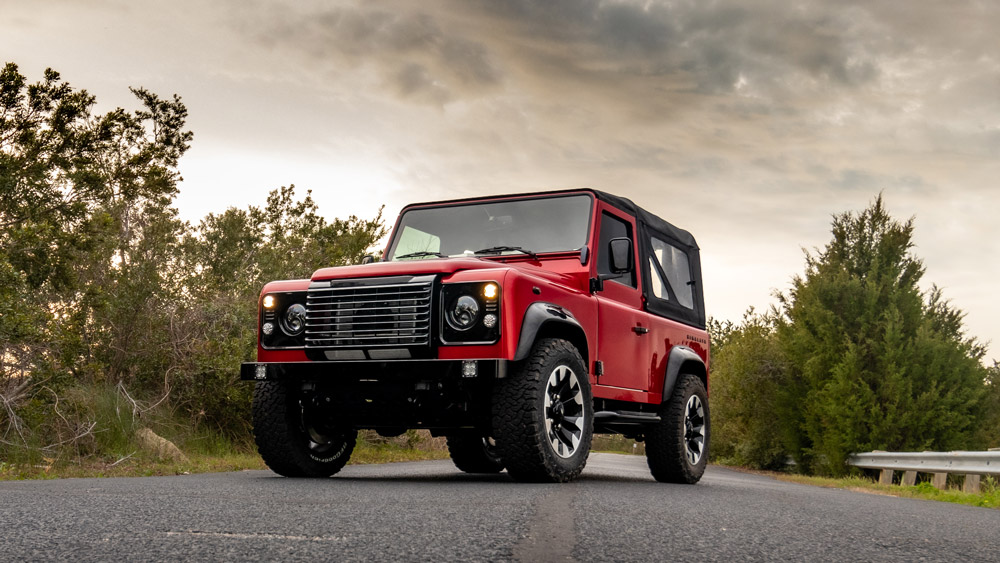 Land Rover’s Defender nameplate can trace its lineage back to the Willys Jeep-inspired Series I of 1948. As of 2020, then, that makes the Defender 72 years old. So why is bespoke Defender-builder Himalaya introducing a special 70th Anniversary model?

The anachronistic name may be confusing, but for an off-road machine as celebrated as the Defender, it seems fitting to continue memorializing the icon’s 70th birthday, even two years later. Age is just a number anyway, right?

The celebration kicks off with Himalaya dropping an LS3 V-8 with 525 hp and 425 ft lbs of torque into a custom-built chassis. The burly GM motor is then mated to a six-speed automatic transmission. Of course, power is sent to all four wheels when you engage the front axle through the transfer case, and that’ll give you all the world-class off-roading capability you could want. (However, as someone who has experienced Corvette-powered Defenders in the past, tooling around with just the rear axle engaged makes for some rather entertaining burnouts.)

Himalaya complements the 70th Anniversary Defender’s off-road chops with a roll cage, as well as Fox shocks and skid plates front and rear. The special Defender sits on a set of attractive 18-inch alloy wheels wrapped in sturdy BFGoodrich KO2 all-terrain tires. You may notice this particular build sits rather low on its knobby treads. With as much power as this beast produces, being a little closer to the ground should give drivers more handling stability on paved roads.

The Defender may have started out as an agricultural rig all those decades ago, but if you take a look inside this model, you’ll see those rustic roots cloaked under swaths of leather covering the dash, door panels and heated seats. There’s also a modern touchscreen infotainment system with Bluetooth, as well as USB and HDMI ports.

The Himalaya 70th Anniversary Defender is available to order now, with prices starting at $225,000. If this particular build isn’t your style, Himalaya, being the custom outfitter that it is, can build you a more off-road-oriented Defender with a Land Rover or even a Cummins diesel engine. Alternatively, you could go in a more maniacal on-road direction and fit the 638 hp LS9 engine from the C6 Corvette ZR1.

The leather-covered cabin includes a touchscreen infotainment system along with USB and HDMI ports.  Photo: Courtesy of Himalaya.

With companies like Himalaya injecting modernity and excitement into the classic platform, and with Land Rover reintroducing the model for 2020, it appears there’s plenty of story left in the epic Defender.